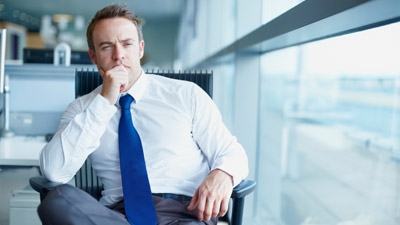 In my book, Adversaries into Allies, the fourth principle of Ultimate Influence™ is “Set the Proper Frame.”

A frame is the foundation from which everything evolves. Set a frame of kindness, cooperation, win/win and benevolence and a very mutually beneficial result will most likely occur.

It’s powerful. Set the proper frame and you are 80 percent of the way to a successful outcome for everyone involved.

On the other hand, be wary of those who use this concept in order to manipulate you.

I was recently watching an advertisement. After a clever opening, the presenter made a statement that was a bit surprising. In a rather offhand, very informal way, he said (slightly paraphrased to disguise the actual company)…

“Of course, everyone knows that every six months you should recheck your Widget.”

Immediately, I thought, “Hmm, I didn’t know that. Good to know.”

Then, returning to “consciousness mode” (i.e., “thinking”) I wondered, “Did he just set a frame intending to manipulate me into believing something he wants me to believe?”

It was now time to check premises. This begins by asking ourselves questions. In this case, they included, “Why is that statement true?” “Does everyone really know that?” “Does everyone agree with that statement?” “Is this a proven fact?” “Why does he want me to think it’s obvious” (he said, “of course”)? “What would happen if I didn’t recheck it?” “Why six months and not three months or nine months or a year?”

And, one more question I asked myself. This is key and something to always keep in mind whenever you feel manipulation might be at play:

“Is this a frame that—later on—is somehow going to show up as an important reason for taking the suggested action?”

And, indeed, it absolutely did.

Now, the point of this isn’t whether or not his product was good, worthwhile, or even necessary every six months.

It’s simply to be aware that when someone states something as fact, and in such a way that you suddenly feel compelled to believe it, consider whether or not they might have an agenda. And, how this new “fact” might actually be a frame; a frame intended to move you to an action that benefits them and not you. What they say might be true. Just be sure that you are consciously making that decision.

Yes, as an Ultimate Influencer you will always set a frame for mutual benefit. However, not everyone will.

But, you already know that. Now you know one way to spot it.

This article was originally published by Bob Burg