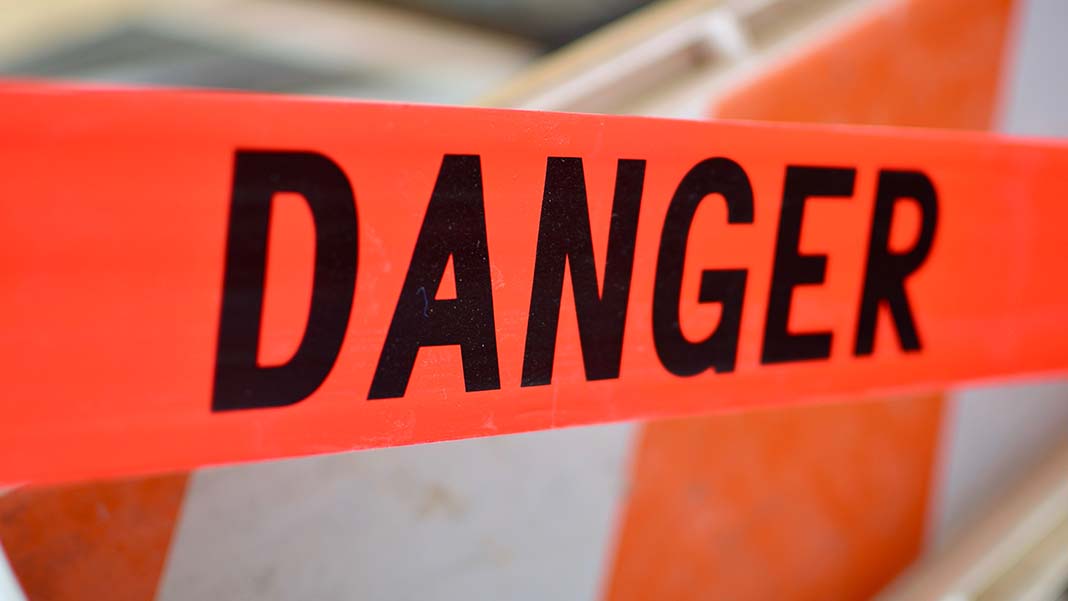 How to Identify the Most Dangerous Person in Your Company

If you’ve read this column for a while, you’ve probably noticed that I’ve made a lot of mistakes. I tell people that intelligence is learning from your own mistakes.

This means intelligence is painful, and it often leaves lumps and a bruised ego.

Wisdom, on the other hand, is learning from other people’s mistakes. Wisdom is a gift offered by someone who has stepped in something stinky and is kind enough to tell you it is on the trail.

I want to tell you about a time I stepped in something stinky in order to help you avoid doing the same.

The story starts in a surprising place—with me being forced to challenge something I believe with all my heart.

That belief? Every company needs disruptive team members. These are folks who are brave enough to be truth-tellers and point at the elephant in the room. They question authority and convention. They offer unexpected ideas and challenge people to step up their game. They often see the world differently and have a lens that illuminates opportunities others might be blind to.

Disrupters are absolutely necessary. The future is coming faster and faster, and a company must have disruptive thinkers in order to stay on its toes. “Pivoting” used to be a term that was only used by startups to describe their Plan B or Plan C. Now pivoting is showing up on the to-do lists of company leaders every year. No matter what you do for a living, someone—who may not be in your business today—is thinking of ways to put you out of business tomorrow.

You either prepare to disrupt or be disrupted. It is as simple as that.

So you need disrupters on your team.

There is no bigger believer in that idea than me, but I now realize that hiring disrupters at the expense of everything else is a huge mistake—and that’s where I went wrong.

In my quest for disruptive thinking and thinkers, I crossed a sacred line—the values that have helped make our company a success. And in the process of doing so, I did more damage to my firm than any competitor ever could because it crippled the company’s mojo.

Now, I am not alone in crossing this line. But that doesn’t make the lesson any less painful.

If you think about it, your employees fall into one of four quadrants. The performance matrix, used by leaders like Jack Welch, helps explain what I did wrong. (And may keep you from making the same mistake). Let’s deal with the two easiest quadrants first. There is no doubt about what to do about Bill who is in Box 1: Release him. You must show Bill the door as quickly as possible. As I have grown in experience, this has become easier to do quickly.

Now meet Gary. He has been at the company for years. He is in Box 4, meaning he performs well and exemplifies what makes the company great. If you were to draw a person that best represents our core values, it would likely be Gary. We love and cherish Gary.

Now meet Rebecca who is Box 2. True, she is underperforming; however, she is willing to work to get better. If she does, great. If not, it will be time to move on. But at the moment, she is a poor performing work-in-progress. As someone who runs the company, I think the potential of training and coaching her outweighs the downside—today.

And now let’s meet the villain of our story: Ron. Ron is important to our company. Let’s say he is a great salesperson. (Truthfully, we’ve had “Rons” who were brilliant marketers and strategists as well.) The performance of the Rons of this world may be driven by intelligence, showmanship, unique market knowledge or simply a gift from the gods.

But the problem with our Ron—and maybe yours—is that he’s a jerk. By this I mean he consistently violates our core values—often on a daily basis. (I am embarrassed to give you the details.) Here’s the worst part: Everybody knows it—including Ron.

But, of course, I looked the other way. I called Ron (obviously not his real name) a disrupter and stressed that we needed disrupters. I told myself Ron was critical to the success of the company—and that he pushed us to think differently. Besides, if he were gone, terrible things would happen to our pipeline…or our thinking…or our…. (This only empowered Ron to violate more company values. Most of us have made excuses for a Ron. Most of us have been afraid of losing him when we should have been afraid of keeping him around. Most of us have lost fed-up star players from Box 4 by doing so. Many leaders count this mistake as the biggest in our careers. I know I do.

“Do not tolerate brilliant jerks. The cost to teamwork is too high.”
— Reed Hastings, CEO, Netflix

The solution is pretty simple, although it took me a while to find it. First challenge yourself and your team to make hiring and firing decisions based on performance AND values. Each part is vital.

Second, recognize that although many disrupters are jerks, it doesn’t have to come with the territory. And know this: If you don’t eventually learn this lesson, you will, by definition, have put yourself into Box 3.