Home / Leadership / Open Culture / How to Build a Culture of Trust 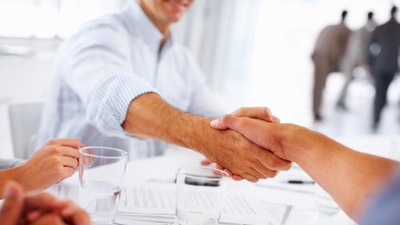 How to Build a Culture of Trust

As the quarterback for the Minnesota Vikings, it wasn’t just me out there. I had to trust my teammates. When we drew up plays, especially in critical situations, I knew they saw things I didn’t, and I needed their input to make the right decisions. Every down depended on that trust and respect.

As a business owner, you have to see yourself as the quarterback. Engage with all employees — not just your “star players” — and work to build a trusting team. Your company’s success is built on this foundation of mutual trust.

Build a culture of trust

The great thing about a small company is that the intimate setting fosters close relationships and makes trust easier to cultivate. But a small business can be just as dysfunctional as a large one if it doesn’t put in the work to build and maintain a culture grounded in trust, respect, goodwill, and a team-first mentality. You can have the best technology, the smartest people, and the nicest facilities, but if you don’t have this kind of culture, your chances of success are slim.

Try these three strategies to nurture a culture of trust:

#1. Establish clear processes
The first step to a culture of trust is to set clear expectations. Clear expectations and consistent execution give you confidence that your team will stay on process. But also remember that mistakes happen. When someone makes a mistake, talk about it openly, and never demean him or make him feel like he’s being attacked. When you have trust, you communicate with respect.

I remember a close game when our defense had just stopped the opposing team on a third down. They punted the ball inside our 10-yard line. One of the fundamental rules in that situation is that you play it safe: Take a fair catch, or let it go for a touchback.

But instead of playing it safe, our return man caught the ball and took off running. In fact, he ran all the way down the field for a touchdown! The stadium erupted, but when he returned to the sidelines, our head coach, Bud Grant, said, “If you ever do that again, you’ll never play for the Minnesota Vikings again.”

Our return man caught a lucky break, but it was the wrong process. Our team was built on the trust that everyone would do the right thing every play. Getting lucky once doesn’t mean team members can ignore the process and run their own plays.

#2. Gather team feedback
Trying to do everything yourself limits you as a leader. Your guidance is crucial, but you don’t know everything. Trust your team to inform you about how to improve or adapt.

Throughout games, I would ask my teammates: “What are you seeing? What’s your man doing? What are you able to do against him? What routes can you run?”

If our offensive tackle, Ron Yary, said, “I can beat my guy on the inside,” I trusted him because he went up against this guy every play. We communicated before each play and came up with a plan we all knew we could execute.

Gather input, and implement your team’s suggestions. When team members trust one another and work together, the whole truly is greater than the sum of its parts.

#3. Don’t try to be the hero
Your company has a better chance of success if your teammates trust you, but that can only happen if you trust them. It all starts with accepting that you don’t always have to be the hero. Don’t try to do things yourself when your team already has a solution in place. Instead of making it about you, empower your team members by trusting them.

Peyton Manning, Michael Jordan, and LeBron James are all incredible individuals. But they understand that teams win; individuals lose. Business is the same way. As the leader, it doesn’t matter if you’re a star; you need a strong team that you trust behind you. That’s the true quarterback mentality. You might deliver the most beautiful spiral imaginable, but if you can’t trust your teammate to catch and run with it, you’ll end right back where you started.

This article was originally published by TweakYourBiz