Home / Leadership / Best Practices / To Succeed, You Must Be Willing to Fail 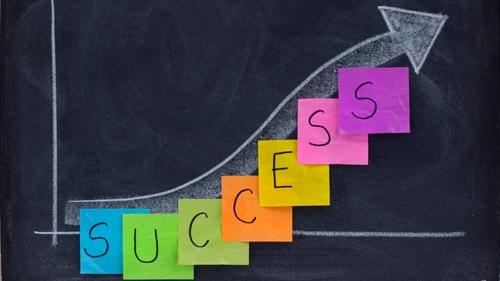 To Succeed, You Must Be Willing to Fail

There is no cookie-cutter solution to life. There’s no silver bullet, no magic button you can press that fixes every problem, provides every answer, and guarantees success. The reality is that there’s no way you can be certain  you have everything right (if it even were possible to have everything right to begin with); the only way you can succeed is by making the effort with the knowledge that failure is possible, if not likely. Ultimately, the secret to success is actually failure.

Everyone fails. The difference is in how you respond to adversity and failure. To be successful, you have to pick yourself up off the ground, think about what happened, identify what you can do better, and use that knowledge to succeed the next time. It’s about holding yourself accountable, learning from the experience, and getting better.

Where does failure end and success begin? A more positive outlook is seeing that each failure is just getting closer to success. Thomas Edison, who needed thousands of attempts to create a light bulb, said, “If I find 10,000 ways something won’t work, I haven’t failed. I am not discouraged, because every wrong attempt discarded is often a step forward.” We learn more from our failures than from our successes. If fear of failure paralyzes you from acting at all, or if you try to shift the blame onto someone else when you fail, then success is impossible, because learning never happens until you take ownership of the failure.

The New York Times wrote about a pair of New York Schools, whose leaders noticed that the students who were most successful in college and life weren’t those with the highest IQs; the most successful students were those who exhibited outstanding discipline and perseverance, and were ready and able to work through adversity. In response, those schools introduced a focus on building character in their students alongside the traditional curriculum. You can have all the intelligence in the world, but if you’re not prepared to handle adversity and failure then the real world and its obstacles are going to leave you grasping for answers.

We put a lot of effort today into shielding ourselves from failure. But what we’re really doing is hiding from the one thing that can help us to learn and improve. We are always looking for silver bullets that will solve problems in one easy step.

The problem with this kind of thinking is that it encourages individuals to shift the blame for failure from themselves to someone else, or even just “the system” in the abstract. We pass up the opportunity to act, fail, learn, and try again. We lose part of our humanity—the process of coming up with ideas, testing them, and learning from the experience. Too many people simply stop trying, because they believe they have no control over outcomes.

How do you see failure? Is it an obstacle preventing you from success, or is it an opportunity to learn and succeed? We all need to hold ourselves accountable, and never shift the blame or give up. As Edison also said, “Many of life’s failures are people who did not realize how close they were to success when they gave up.” Any generation could become the Greatest Generation, if it’s willing to fight through adversity and see each setback as the next step toward success.