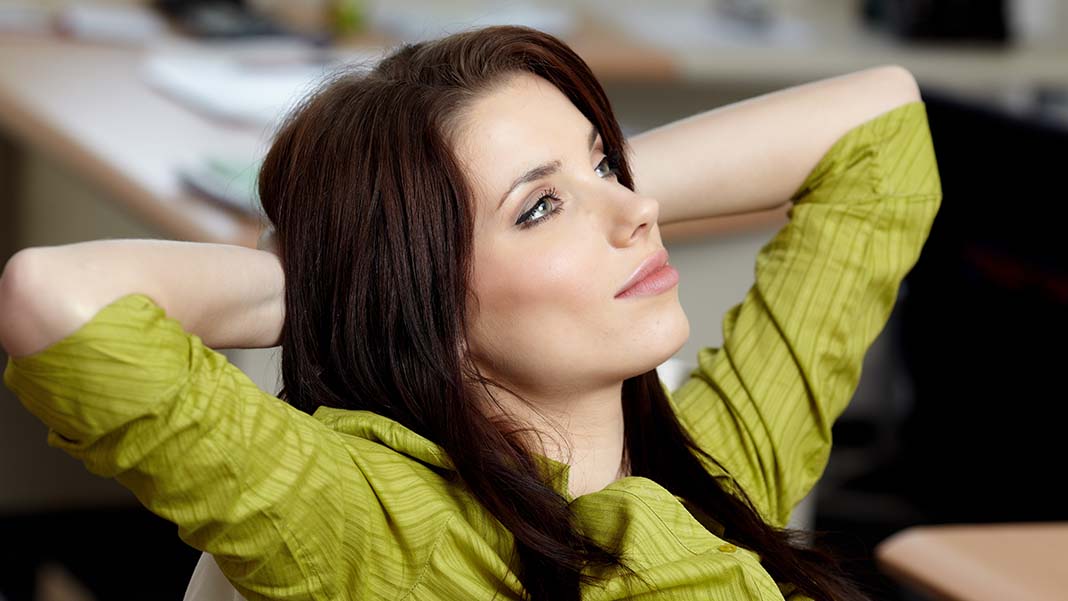 The Power of Female Leadership: 3 Important Behaviors to Adopt

We’ve all read about the qualities it takes to become a great female leader: how to “lean in,” what language to use in order to show an attitude of cooperation, the importance of personal flexibility. In addition to some of these overt actions and the content of what we say, subliminal messages have an underlying presence. Sometimes these subliminal messages can be more powerful than the outward surface message—they can work to either undermine your attempts to be seen as a leader or bring you a more powerful presence than you’ve had before. Recent research in the areas of psychology, speech and human behavior have brought to light what some of these subliminal messages may be. Read on to find out if you might be hurting—or helping—yourself.

It’s not just about what you say, it’s about how you say it. A speech pattern has become common among women in the U.S. that can undermine our perceived strength and authority: it’s called “upspeak.” Have you ever noticed your female friends ending sentences with their voices getting higher in pitch towards the end, as if they are asking a question? This can make you appear uncertain or low in confidence. While it can be perfectly fine to use this speech habit when chatting with friends, in a professional setting, it might work against you.

In my work with women, I have noticed this speech pattern can be spread socially. We all tend to mimic what we hear from our friends, often without even realizing we are doing so. Pay attention to the speech pattern of your friends. Do you hear “upspeak”? If so, it is likely you are using this pattern yourself. The good news is that it’s not a difficult habit to break. Once you hear it, you’ll be able to recognize its sound and remind yourself to make statements sound like statements and not questions. For a lively discussion on the subject among three professionals, check out this “Fresh Air” broadcast with Terry Gross.

Like it or not, at a very basic level we are animals. In the animal kingdom, body language can demonstrate who is in charge and who is at the bottom of the pack. Science shows us that those who rise into leadership roles tend to have a different hormonal makeup than those who don’t. Fascinatingly, Amy Cuddy shows us that by changing body language and using more “powerful” body positions, we can not only send a message of confidence and power to those around us but we can even change our hormonal profile to that of a leader.

Do you tend to cross your arms in front of you, touch your neck or round your shoulders? Not surprisingly, as females in a society that has treated genders unequally, we tend to use body positions that are less powerful more often than our male counterparts. I notice my most professionally successful clients take time in their schedules for physical activity. Active people are most in tune and confident in their bodies. Exercise also helps lower cortisol levels and keep adrenaline levels in check. As Cuddy points out in her TED talk, these are marks of true leaders.

For those of us trying to break ground as a woman in a historically male-dominated field, it can be tempting to try to climb the ranks by “becoming one of the guys.” In doing so, we may use subtle means of demonstrating that we are “better than” the other women in the department and therefore more worthy of a promotion. It is a difficult dynamic for us to own, but time and time again, individuals in groups who are not the majority turn against themselves while trying to climb the ranks. Did you know that neither Margaret Thatcher nor Indira Ghandi appointed women to their cabinets during their years in office? This type of “every-woman-for-herself” attitude will hurt you in the long run.

Instead of seeing the other women around you as competition, find strength in each other. When we as women bond together to work toward common goals, our power in the workplace will rise. I have been fortunate to coach many academic women in STEM areas. Often, their coaching was funded through grants won through their cooperative efforts. Existing women researchers placed an emphasis on the development of other women in their fields, thereby benefiting themselves as well as new female faculty. Everybody won. If you are a woman in a leadership position, make a conscious effort to support the rise of other women around you. When our numbers grow someday, you will be remembered for your support and your own rights as a woman will be stronger.

Author: Carmen Bolanos has been coaching professionals to meet personal and business goals for the past 15 years. Her clientele is internationally based and her work is by telephone. She specializes in the coaching of underrepresented and female executives, academics and business owners. Learn more at her website Carmen Bolanos Coaching