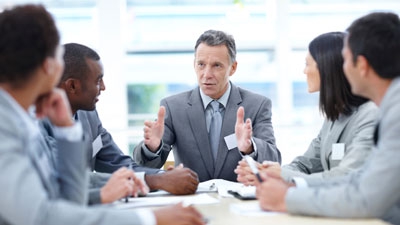 Be an Adaptive Business Leader

The title of this insight happens to be the name of a CEO roundtable organization I belong to, and have been a member since 1989 (Adaptive Business Leader Organization—or ABL). The organization, like Vistage, manages roundtables of CEOs meeting monthly in small groups, where they discuss their mutual challenges and help solve each other’s complex problems, acting as an informal board of advisors. Unlike other groups, ABL members all belong to either healthcare or technology industry-focused roundtables. There they not only discuss their business issues, but significant business-changing trends facing their industry. Since I am chairman of the Technology side of the Organization, I attend more than one ABL group each month, and estimate that I’ve now attended more than four hundred half-day roundtables over the years.
Why would I spend so much time networking with other CEOs, discussing mutual problems and solutions? The answer is that I am the recipient of many insights from fellow CEOs that sometimes strike like lightning bolts when least expected. It was an Internet CEO roundtable in early 2000 where it became obvious before the public was aware, that the bubble was just beginning to burst for such tech businesses. And it happened again in early 2008, as CEOs reported the first evidence of order slowdowns and issues with customer payments—right before the ‘great recession.’
But most importantly, it is the constant hearing of stories by these CEOs of how they were able to adapt to changes in their environment and alter the course of their leadership, adapting to external influences that had changed in their industry or the economy.
At each session we hear one of the dozen or so members present in depth, requesting feedback from each member of the group in response to a list of concerns that is explained during the presentation as background for the help hoped for from the group. I contribute my two cents of advice, as do the others in the group. As an active, professional angel investor, often I can help in areas not familiar to the others, when fundraising issues are on the list.
There’s the story of the member-CEO who saved her company during the great recession by dismantling its fixed overhead, sending everyone home to work virtually, and building a new culture to successfully support over one hundred workers from home. Her recruiting business survived and flourished even as others closed their doors during the recession—and have remained shuttered.
Ten years ago, a young entrepreneur joined one of the roundtables, and we followed his progress with his issues, many of them directly related to fundraising, as he grew his company from a raw start-up to an initial public offering on the NASDAQ exchange, followed by continued growth in revenues and stock price. During the early years, he often asked for advice about funding, comparing various sources and offers, threading the needle between the wishes of the investors and his judgment as to how to grow the company.
Related Article: It’s Not an Option Anymore. Why Have an Advisory Board?
Somewhere along the way, as he grew his company to a size larger than any others around the table had ever managed, we became the students, listening to a set of concerns that were often stunningly beyond any we had experienced. With a small stake in his company, and monthly contact through these roundtables, I happily find myself the former teacher, now the student.
The theme of these roundtables is “adapt”—to be ready for and embrace change quickly and efficiently in the light of opportunities and changes that might be missed by other CEOs without trained antenna-like skills.
You, too, can be an adaptive business leader, if you spend time with your ear and nose to the ground, listening and looking for signs of opportunity and change, then acting quickly to accommodate or take advantage of limited windows in time. It is a skill that can be taught. More importantly it is one requiring that you spend some amount of your time looking for signs of change. Many of us are locked in the daily grind of our business, and default to managing events and reacting to incoming stimuli, such as emails and internal requests for assistance.
An adaptive leader seeks out change and embraces the opportunity to take advantage of trends early in their cycle, or to reconstruct a business in response to early signs of trouble or weakness.
Start by paying more attention to indicators of change within and outside your organization. Gather information to support your observations. Then act when appropriate to secure the advantage or protect the enterprise.
Related Article: 5 Characteristics of Great Mentors
Seek out a roundtable organization if you can, to find a group of fellow executives ready to share and solve your problems of the month, or share theirs with you to better inform you of those you might otherwise miss in your management life. It is certainly worth the time and effort to hone your skills at becoming an adaptive business leader.
This article was originally published by Berkonomics