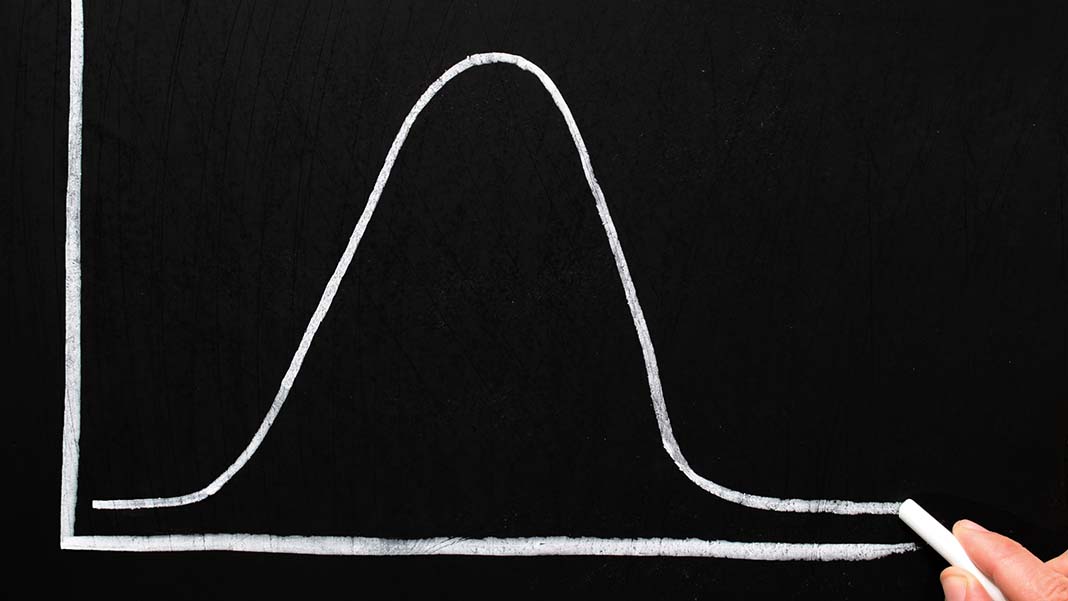 We tend to think about organizational performance in terms of “bell curves” or some sort of distribution curve. The typical bell curve looks something like this:

We may segment the bell curve to A, B, C players as shown below. We tend to think these distributions are what they are, and there is little we can do about them. We say there will always be poor performers, the bulk of our people will be middle performers, and we will be lucky enough to have a few good performers.

Some organizations, have bell curves that look like this: The majority of our people are poorer performers—at least when compared to the other curves, and we have very few great performers. When I look at an organization with a performance distribution like this, I immediately know the source of the problem: Clueless/bad management. And over time, organizations with these curves tend to shift further to the left, simply because the A performers leave. They don’t want to be associated with a bad organization.

There are a small number of organizations with bell curves that look like this: These are organizations focused on driving consistent high performance. They realize talent management is a key part of the managers’ jobs. They recruit the best, they constantly train, develop, coach to move people to higher levels of performance. In these organizations, C players leave and that tail gets smaller and smaller. They leave voluntarily, because they know they can’t cut it, or managers don’t accept anything but the best performance, so they move people into roles where they can be top performers—and sometimes that is out of the organization.

Managers in these organizations recognize they design the organization for performance rather than just letting what happens, happens.

In these organizations, there is still a distribution of performance, but it looks something like this: As you can see, the shape and positioning of our bell curves is totally in our control. We only have C or even B players in our organizations because we accept them. We don’t pay attention to the things critical to driving the highest levels of performance.

Managers in high performing organizations are viciously focused on never sacrificing those things that drive performance. They never “settle” on people, they never hire the best of who they’ve seen, they hire the people who fit the competency models they have developed. And they manage to those models.

There’s another thing that happens with high performing managers and organizations. They realize they must continually improve, that top performance today, left unchanged, will be mediocre performance tomorrow. So they constantly look at what they must do to shift the performance of the entire organization to the right. It looks something like this: Performance is the result of focus and actions management and leaders take. It is not something that just happens to us, but it is a result of what we do, what we create—or what we let happen because we aren’t paying attention.

What’s the shape of your bell curve, what are you doing to change it?