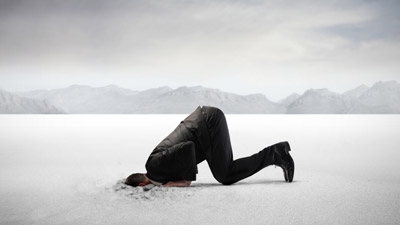 It takes a long time to build trust with your staff but not very long at all to tear it down. By far, the easiest way to lose the trust of your staff is to embarrass them.
Some managers incorrectly assume that berating an employee in public will motivate them to perform better. However, typically the result is the exact opposite.
More often than not, an employee who is embarrassed by their manager loses motivation and becomes less of a team player. Even more troubling, the rest of the staff will also lose trust in the manager, and morale will decline.
From a psychological vantage point, embarrassing staff is exposing their vulnerabilities in public. One common way this happens is raising your voice to an employee.
No matter the circumstances, a manager should never—and I mean never—raise their voice to an employee. Employees hate this, and the response will never be a positive one. I think in some sense, it reminds them of being yelled at by their parents, but regardless of the reason, I have never met an employee who said they really like being yelled at.
I was giving a seminar in Alabama when a manager approached me and asked if he could speak with me in private after my session was over. I agreed, and once we were in private, he said that when he got totally frustrated at things—not necessarily people—he would go into his office and scream or yell at the wall to let off some steam.
I asked him if any of his staff could hear him through the walls, and he said they could. I told him the staff would feel that he was yelling at something they might have done and would likely fear that this wrath could be turned on them. For that reason, I told him this yelling in the office needed to stop. The manager agreed once he realized how it could affect the rest of his staff.
Another way to embarrass staff is to point out an individual employee’s mistake in front of the whole group. Again, this demoralizes the employee and also makes the rest of the staff fearful that this behavior will be unleashed on them. Sure, you have to correct people when they do something wrong, but you must do so in private.
I was working with a manager to address some morale problems she was having. As we talked in detail about these issues, she reassured me that she never corrected an employee in front of the group and always called them into her office and closed her door. This was true, but as I spoke with some of the staff members, I learned that the only time she closed her door was when she was reprimanding an employee. As a result, the staff knew what was going on behind the closed door and this was affecting morale.
Embarrassing staff typically happens at very stressful times at work. In these times, it is sometimes hard not to act out of frustration. However, you just have to control yourself and make sure you are not doing anything to demotivate your staff.
Now go out and examine your behavior very carefully to see if you are doing anything that might be embarrassing your employees. In this case, asking your staff to tell you is not going to be an effective method of evaluating yourself, but if you have an employee you feel comfortable with, they can help by doing some reconnaissance for you.
Bottom line, if you are embarrassing your staff—even if it only happens occasionally—you need to develop a plan to eliminate this behavior.
You can do this!