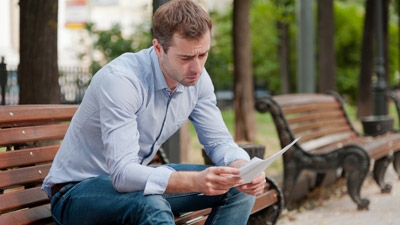 What You Must Learn from My Summer Vacation

Remember in our youth the standard return-to-school “What I Did on My Summer Vacation” essay? This summer has given me several lessons that have value for you today.

The story begins with a local police officer knocking on my door at 9:00 one night, asking me about my brother, Billy. Of course, you know what happens next—I find out that Billy died in a motorcycle accident a few hours earlier. He was 57, divorced, with no children. He was a floor layer, a regular ordinary guy. Like you and your team members.

First lesson: we are in a business of relationships. Don’t let corporate purchasing and hard bid tactics make you forget this. While price is part of the purchase consideration, the quality of your work and the relationships you foster with your clients, customers, and co-workers are paramount. I first realized this as word about Billy spread through the grapevine and I received numerous calls, emails, and cards of condolence from across the country. These were unexpected and much appreciated.

I saw it again at his wake. Having worked his trade in the New York area for over 30 years, my brother was well-known. On that Memorial Day weekend, we were visited by many of his associates. Not just tile guys, but the Foreman from the Laborers, and a superintendent from a General Contractor, to name a few. There were even guys who had worked with our father in the business—and some even remembered when I had helped out on a few jobs, way back when! Connections between people—that’s what it’s about.

Next lesson: how is your health? Construction is hard work, yeah. But it isn’t a substitute for quality exercise and eating. Billy wasn’t in bad shape, but he wasn’t in good shape, either. He loved to eat; cooking was his hobby. He didn’t exercise. And he had coronary artery disease. In fact, he may have had a health crisis that triggered the crash. We don’t know for sure. But we do know that he was not taking care of himself and now, he’s gone. Are you taking care of yourself? (If not for yourself, then for those who love you.)

“Divorced with no kids” sounds like an easy estate to deal with, right? Well, it would be if:

1) there had been a will (there wasn’t)
2) there had been up-to-date beneficiaries on his life insurance policy (his ex-wife is still listed, although that wasn’t his wish; he just “never got around to” changing beneficiaries even though they’d been divorced for several years), and
3) all his records had been kept in one place (not even close).

Looking through files and folders is never easy, but having to weed through pay stubs from 1986 makes the process even harder. I realized that my finances and directives are in a similar state of disorganization. I am currently creating what I call the Red Envelope, where all of that information is being placed to make the process easier for whoever needs to deal with it. We need to do this for the benefit of those around us. If you are a business owner or the head of a household, this becomes even more important.

By now, you may be fed up with my personal ramblings. But remember what my brother did for a living. He was a regular guy, he was just like you and the guys who work for you and with you. I am hoping you can learn from him so your team is better off.

This article was originally published by FireStarter Speaking

Wally Adamchik is a nationally respected expert on leadership and personal excellence. He is the President of FireStarter Speaking and Consulting and works across North America helping organizations improve their leadership abilities at all levels. His work has been featured in Fortune Small Business, numerous national trade publications and countless daily newspapers. Wally is the author of NO YELLING: The Nine Secrets of Marine Corps Leadership You MUST Know To WIN In Business (www.noyelling.net). You can visit his website at www.beafirestarter.com. He welcomes your comments and questions at wally@beafirestarter.com