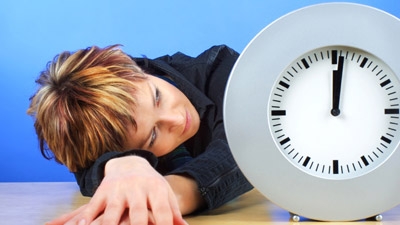 Want to Get More Done? Stop Procrastinating. Here’s How.

Procrastination. We all do it. Put things off until later. Then later, we realize just how many things we’ve been putting off and just how big that “to do list” has become. Sound even remotely familiar? Well, today’s the day to quit procrastinating and take control of your life again.
Why do we procrastinate?
We procrastinate when tasks come up that we:
That’s right, I, Susan Baroncini-Moe, Guinness World Records titleholder and author with a massive 96% average productivity rate, have been known to procrastinate. And it’s almost always because “I don’t wanna right now.”
How do we stop procrastination?
Google “stop procrastinating” and you’ll find no shortage of articles on how to stop procrastinating (as you’d expect).
There are tips and strategies and systems, but here’s the deal: procrastination is our inner children coming out to play. It’s when we regress back to a time when we just might’ve gotten out of something by saying, “I don’t wanna,” and a really nice lady named Mom would sigh and do the thing we said we didn’t want to do.
As adults, we don’t have the luxury of not fulfilling our responsibilities. We simply have to do certain things. So here’s the step-by-step strategy that I’ve used to conquer my own procrastination:
So, if you put it in acronym format, it would pretty much be “AWSOOMS” and that’s the best acronym ever.
Seriously, do you see a pattern here? Analyze whether you need to do the task. Figure out why you’re putting it off, then schedule it or outsource it, and then just put on your “grownup face” and do it.
As much as I just know you’re dying for the real answer to life, the universe, and everything here (it’s 42, in case you hadn’t heard), the fact is, looking for systems and strategies for ending procrastination is just one more type of procrastination!
Often, when it comes to procrastination, the answer is just as simple as making a decision and taking action.
Just make the decision to start the task, and often that’s enough to get you going. And once you get going, you’ll find it’s easier to keep going than to stop. Before you know it, that task you’ve been putting off will be done.
This article was originally published by Susan Baroncini-Moe