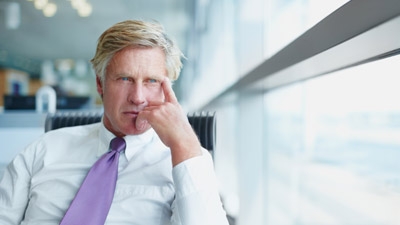 Successful CEOs: Learn from Their Mistakes

The best CEOs will tell you that they have learned more from their failures than they have from their successes. Here, we’ll highlight the most regrettable mistakes made by some of the world’s top CEOs, and what learnings can be gleaned from those mistakes.
Steve Jobs
Make lemonade out of lemons. Steve Jobs owned Pixar for several years before trying to sell it so he could break even on his investment. Bill Gates, Larry Ellison, and numerous others wanted nothing of it.
At the time, he had only put in $50 million. The business wound up returning him a cool $7.4 billion when many years later he wound up selling to Disney in 2006! The lesson here is that when things don’t seem to be going your way, don’t let it get you down. Embrace reality and turn a perceived problem into an opportunity.
Stephen Wynn
Okay, so this one isn’t a mistake—it’s just a great lesson to learn: It’s all about the customer’s experience. As Stephen Wynn said in a Seeking Alpha call, “The best view that we get of the future is through the rear-view mirror, I think. What we know about the destination resort business is clearly established. But it’s all about one thing, and one thing only. All of the razzmatazz and jazz we hear about facilities and everything else doesn’t amount to a hill of beans. It’s customer experience that determines the longevity and endurance of these enterprises.”
Bill Gates
Stay alert of industry trends. Bill Gates, the emperor of Microsoft, missed out on one very key opportunity in chasing after the development of the Internet Explorer browser. Google developed a search engine that generated almost a billion dollars in revenue by its fifth year. After not prioritizing this type of product, a few years later, Microsoft launched Windows Live Search, which tanked, then finally in 2009, launched Bing. Bing has a long way to go before it will be anything close to Google.
The lesson here: Pay close attention to what is working in your industry, and the relevance of new developments to what you are doing. You might be able to leverage your own capabilities to generate a far better offering. But as Gates said, regretting Microsoft’s poor search engine related decisions, “Success is a lousy teacher. It seduces smart people into thinking they can’t lose.”
Mark Zuckerberg
Acknowledgement of your mistakes is the first step in working toward a better business. Mark Zuckerberg and Facebook were hindered significantly by the major privacy issues they subjected themselves to—allowing people’s information to be public (and available to advertisers) without asking them, and trying to fix this with band-aid after band-aid (that had loophole after loophole).
It got to the point where the FTC had to get involved and threatened a $16,000 fine for every security violation. “I’m the first to admit that we’ve made a bunch of mistakes…and not one day goes by when I don’t think about what it means for us to be the stewards of this community and their trust,” said Zuckerberg.
Howard Schultz
Never underestimate the competition. “We had never had much competition,” says Howard Schultz. “Everything we did more or less worked. And that produced a level of hubris that caused us to overlook what was coming.” McDonald’s and Dunkin Donuts came along at the low end of coffee, and at the high end of coffee came independents. This left Starbucks somewhere in the middle, where they didn’t want to be, and reinvention was necessary.
The lesson is never to ignore your competition, who can wreak havoc on your profits and force reinvention if you don’t stay ahead of the curve.
In short, no one’s perfect, not even America’s best and brightest CEOs. Business is like life—you learn from doing, and no one ever does it right 100% of the time. So learn from the mistakes you make, as well as from those that others make, and avoid many future stumbles as well as wasted time and money.

Cara Aley is a freelance writer who covers a variety of topics ranging from digital marketing strategy to the life and times of various prominent businesspeople. She ran her own small business for almost three years and now runs operations for a startup with six employees.