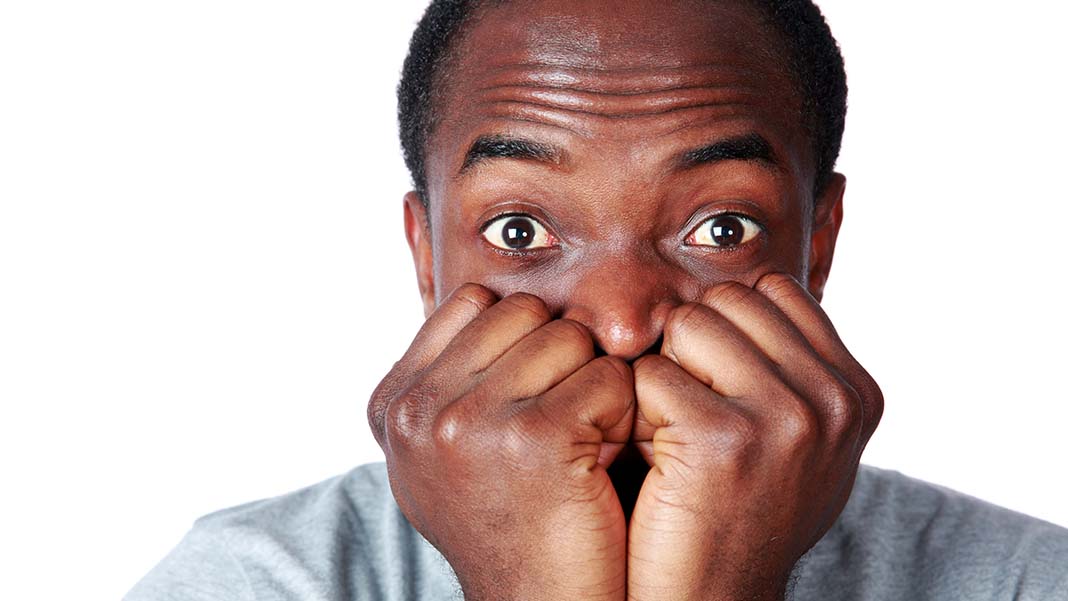 How to Become a Leader if You Struggle with Perfectionism

I had a conversation with a friend recently about her career. She’s in a situation where she knows she has a ton of qualities that would make her a great leader at her company. The problem is, she’s a perfectionist, and this holds her back from ever voicing her ideas. This creates a fear of failure, and therefore she doesn’t strike while the iron’s hot.

Today I want to show you how to use those things you perceive as holding you back—your disadvantages—to find your hidden superpowers.

The Theory of Desirable Difficulty

In Malcolm Gladwell’s David And Goliath: Underdogs, Misfits, And The Art of Battling Giants, he presents a theory called the Theory of Desirable Difficulty.

The premise of the Theory is that what we typically see as disadvantages, can actually be used advantageously and produce better results because they force you to think deeper, take more risks, and find unconventional ways to solve problems.

A Simple Math Equation to Explain This Theory

Gladwell uses a classical math problem to explain the theory. Maybe you’ve seen this one before:

A bat and a ball cost $1.10 in total. The bat costs $1 more than the ball. How much does the ball cost? Say your answer out loud before scrolling further down.

…intentional overuse of line breaks so that you don’t cheat…

For most people, the instinctive answer is the ball costs 10 cents. That’s incorrect (don’t worry if you answered 10 cents, I did too, and most students at Princeton, MIT and and Carnegie Mellon got it wrong as well). If the bat cost $1 more than the ball, then the bat would have to cost $1.10 on its own, making the total of the bat AND the ball $1.20.

The correct answer is the ball costs 5 cents.

So how did psychologists improve results on this test? They made it harder. They adjusted the font size, the color, and italicized it, which made it harder to read.

By making the question harder to read, it forces you to squint and read it a couple times to ensure you’ve read it correctly. And from reading it a couple times over, you spend more time thinking about the solution, instead of jumping to a conclusion. By creating a disadvantage, significantly more people answer this question correctly. The difficulty turns out to be desirable.

Dyslexia as a Desirable Difficulty

Gladwell goes into several examples to further explain the Theory, including how one man, Brian Grazer, used Dyslexia to his advantage.

Grazer consistently got C’s, D’s, and F’s in school. He couldn’t possibly be successful, right? Or was this a Desirable Difficulty?

He wasn’t anywhere near the smartest, the fastest learner, or academically gifted in anyway. But his condition, Dyslexia–his disadvantage–forced him to think deeper, take more risks, and find unconventional ways to solve problems.

What did he do? He challenged all of his grades.

“Literally every time…I would go back to each teacher and do a one-on-one,” says Grazer in the book.

“I would argue my D into a C, and my C into a B…99% of the time I got my grade changed. I would just wear them down. I got really good at it. In college, I would study, knowing that I was going to have this hour-long meeting afterward with my professor. I learned how to do everything possible to sell my point. It was really good training.”

What was this training for? Grazer had essentially mastered the art of negotiation and selling by the time he graduated college. This allowed him to rise to the top of his profession. He’s now one of the most successful producers in Hollywood (ever seen any of these?)

Grazer produced all of ’em.

Dyslexia forced him into a situation where he became an expert at other skills that most people never even learn. He made his disadvantage a Desirable Difficulty, and found his hidden superpowers.

My Challenge for You

What I’m getting at here is that we need to look at our disadvantages as Desirable Difficulties. What are the disadvantages you face, and what does it force you to learn?

Here’s my challenge for you:

You constantly think and talk about taking action:

but you hold yourself back by rationalizing it with a perceived disadvantage:

Instead of seeing it as a disadvantage, see it as a Desirable Difficulty. Force yourself to see what you DO know, by analyzing what you DON’T, and find your hidden superpowers.

A Simple 3-Step Process to Find Your Hidden Superpowers

Let’s go back to the disadvantage of my friend from the start.

She’s a perfectionist, and doesn’t voice her ideas for fear of failure.

Here’s the 3-step process for her, and you, to follow to take advantage of your Desirable Difficulty, and find her hidden superpowers:

Step 1: Write down the goal

I want to move vertically within my company, and be the one leading projects.

Step 2: Write down the perceived disadvantage

I’m a perfectionist, taking too much caution for fear of failure.

Step 3: Find the advantages of your Desirable Difficulty that will help you achieve your goal

In this step, write down a list of everything your perceived disadvantage has made you GREAT at. For anyone who has the perfectionist mindset just like my friend, I’ll bet it’s made you great at, AT LEAST:

Follow this simple 3-step process to take anything you see as a disadvantage and uncover your hidden superpowers, and you will experience massive breakthroughs.

Author: Rajiv Nathan believes everyone deserves to be heard. He is the Cofounder and Ambassador of Awesome for Idea Lemon. Idea Lemon helps you Discover Your Inner Awesome and build a career you love. Get their 5 Questions That Will Define Your Life here!