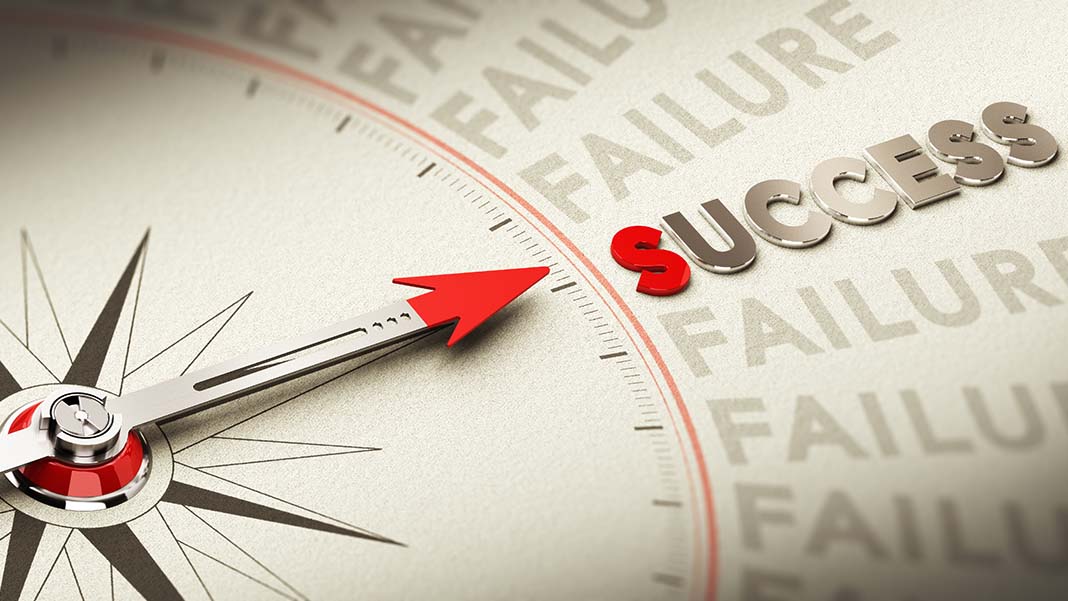 How 3 Brilliant Entrepreneurs Failed Before They Succeeded

Sometimes it seems as though certain business people are simply born with the Midas touch that guarantees massive success in whatever they do. Life can seem a little unfair when you see how they have turned their ideas into millions of dollars with seemingly very little effort.

Yet, when we look at the stories of some of the most successful people ever, we can see that failure often arrived before they finally achieved stratospheric levels of success. The following are some of the top business people who suffered more than you probably think.

Bill Gates has been listed as the richest man in the world 16 times over the last 20 years. It’s clear that he’s a genius in both the technical and business side of things. However, did you know that he also dropped out of Harvard, his first company was a flop and has also had a few other failed products across his hugely successful career?

By the age of 16, Gates had set up a company called Traf-O-Data with friends Paul Allen and Paul Gilbert. Though they had received some moderate success with their traffic measurement and data processing hardware and software, their product never really hit it off with local authorities, who decided to adopt other technology that didn’t rely on private contractors.

One of the defining attributes that Gates has exploited across his career is his ability to learn from failure. He’s cited that his experience with Traf-O-Data gave him a greater understanding of the relationships between software, hardware and the real world.

Related Article: What Bouncing Back from 3 Lost Super Bowls Taught Me About Celebrating Failure

Within 3 years of starting their traffic measurement company, Gates and Allen had founded Microsoft. MS-DOS, one of the backbones of modern computer platforms followed shortly in the mid-eighties, along with Windows 1.0 being released in 1985. In 1986 the hard work from Gates and Allen resulted in an initial public offering of company shares, resulting in the creation of 3 billionaires and more than 12,000 millionaires. A giant leap from processing traffic management tapes, but a necessary piece of his journey of success.

There must be relatively few people on the planet who haven’t at some point licked their fingers thanks to the Colonel’s famous chicken recipe. KFC is now the second-best selling restaurant chain in the world but Sanders had a tough upbringing and business success was far from easy for Harland Sanders.

Unlike Bill Gates, Sanders had not seen food production as something of interest, but as a necessity. He’d been tasked with looking after his siblings due to the death of his father and with his mother working away from the homestead for days at a time.

After leaving home a few years later, Sanders had worked as a farm hand, blacksmith’s assistant and fireman (steam engine stoker), to name a few titles. Though afflicted with a turbulent childhood, many of Sanders’ failures were of his own doing. He’d been fired for brawling, insubordination and in the instance of secretary at the Chamber of Commerce, Columbia, for just not being very good at his job.

One thing Sanders had generally excelled at was spotting an opportunity and having the tenacity to use it to his advantage. So when he was offered a service station from the Shell Oil Company in 1930 in exchange for a profit share, he knew it was a chance he had to take.

Initially serving fried chicken and other hot food to those sharing the living quarters attached to the service station, Sanders began to spread out, offering consumers in the area 24 hour food and had worked towards attracting critics to his now busy restaurant.

Not deterred by the Great Depression, Sanders continued moving forward through additional failures in both his business and personal life. By 1964, Sanders had created a franchise network of over 600 restaurants, and had sold the Kentucky Fried Chicken Corporation for a cool 2 million dollars. After this he remained as a salaried brand ambassador, travelling more than 200,000 miles a year.

In contrast to Bill Gates’ “do what you love” method of work, Sanders simply fought tooth and nail to get to where he wanted, but after only achieving success at the age of 60, perhaps this is something that we can apply to our lives at any age.

Last on the list, but by no means least, is Oprah Gail Winfrey, dubbed the “Queen of all media.”

The list of achievements by this woman are simply incredible. Among other things she is the first African American billionaire, the first female billionaire and possibly the most influential woman alive. Her early life, in polarized contrast to her incredible later adult career was fraught with emotional turmoil and poverty. As a child, her grandmother had only been able to provide dresses by way of fashioning together cloth sacks, resulting in mockery and unhappiness.

Oprah’s biological father, Vernon Winfrey, who was not regularly present in his child’s life until 1962 had been one of the major contributing factors to Oprah’s success. After looking after Oprah on a number of extended occasions, he’d taken her in and made education a priority.

Jumping forward a few short years, by 1971 Winfrey had attracted the attention of local black radio station WVOL and worked there through senior high school and college.

By the end of 1993, Oprah had interviewed Michael Jackson, created an international syndicated talk show and launched women’s cable television network, Oxygen, to name just a few of her successes.

These three people became absolute giants across technology, fast food and daytime TV, and had come from very different backgrounds. The thing they had in common is that they had a drive that failure simply couldn’t compete with. Where will your drive take you?

Author: Adam Turnbull, Head of Content for BusinessesForSale.com, the market-leading directory of business opportunities from Dynamis. Adam manages content across all titles in the Dynamis stable, as well as being a regular contributor to industry publications.