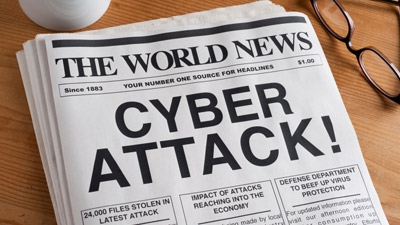 In one of the most aggressive cyber-attacks in recent years, the sophisticated Snake virus has compromised dozens of Ukrainian computer networks, including systems operated by the Ukrainian government, Financial Times reports.
The virus also goes by the name Ouroboros, a mythological Greek serpent that swallowed its tail by mistake. Cyber security experts compare the Snake virus to the recent Stuxnet malware that plagued Iran’s nuclear development facilities in 2010.
While the Snake virus is thought to have been around for some time, it has been more intense since the start of 2013, becoming noticeable just before civil protests that recently culminated in the ouster of President Viktor Yanukovych.
Under the Snake virus, hackers gain complete access to infected systems. They can take control of the computers to use for spying or tampering, and the virus can be used as a digital military base by foreign invaders. The so-called “digital beachhead” aspect of the Snake virus could put government and civilian networks offline at any time.
Digital security experts have often stated that cyber weapons have the capability to disconnect a city’s water or power infrastructure, shut down banks or possibly set off explosions at key industrial facilities that use computers to maintain safety.
No one knows exactly where the Snake virus originated, but evidence suggests its developers deployed it from a time zone four hours away from Greenwich Mean Time. This time zone includes Moscow, the capital city of Russia, where authorities are in the process of passing legislation to stamp out the uprising in Ukraine. Clues embedded in the Snake virus’s code, including snippets of Russian text, also point to the Russian origin. Analysts believe the virus to be a new version of the Agent.BTZ malware that infected United States military networks in 2008.
The Snake virus has hit systems operated by the government of Kiev, Ukraine’s capital city, as well as other strategically important places. Ukraine is not the only country to be affected by the virus as Lithuania has also experienced network attacks.
Experts say the Snake virus has been developed over the past 10 years and is far too advanced to have come from civilian computer programmers. The BAE Systems applied intelligence department, the first group to identify and examine the Snake virus, suggests that only a government would have the necessary resources to develop such a sophisticated virus.
BAE Systems has discovered 56 Snake virus infections throughout the world since 2010. Almost all instances have been identified over the last 14 months, and most attacks have occurred in Ukraine. Thirty-two of the 56 attacks happened in Ukraine, and 22 have been reported after January 2013.
Spencer Frandsen is a digital marketing professional writing on behalf of DMARC Email Security company Agari