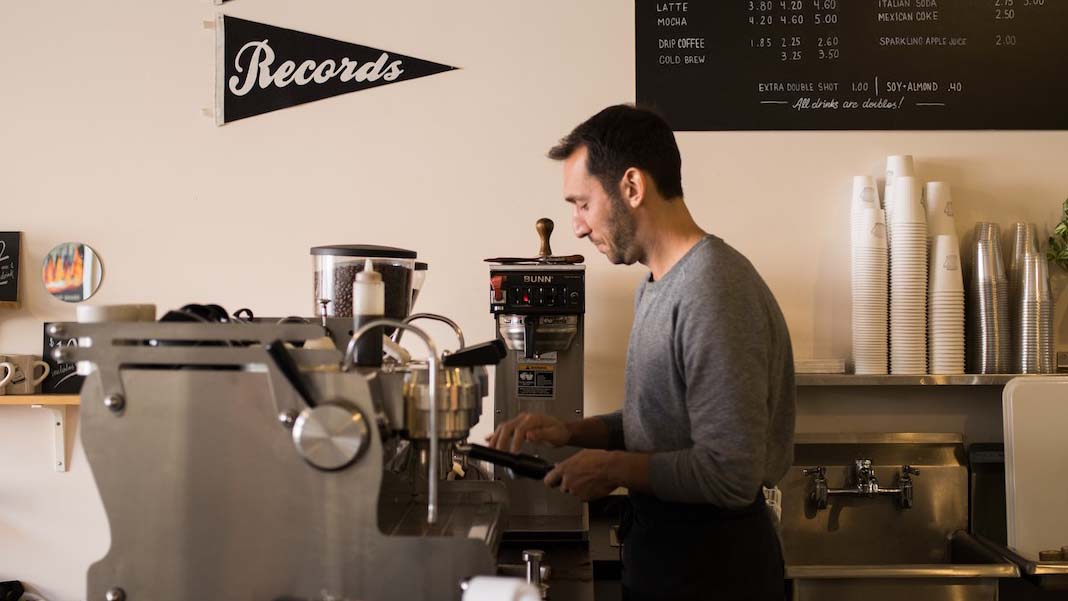 The colors on the walls of Porchlight Coffee & Records might have changed since its 2009 inception, but the homey, DIY feeling inside hasn’t changed a bit. When owner Zack Bolotin bootstrapped the Capitol Hill shop into existence using, in his own words, “a budget equal to the cost of a car,” aesthetics were mostly secondary to just getting the supplies he needed to run the shop. Porchlight didn’t need to be a shiny, perfect thing; it needed to be a community hub that served as much local culture as it did strong coffee. Seven years later, Porchlight is still doing just that.

Porchlight’s business strategy is one that feels personal, where it’s always standing in strong support for the little (and littler) guys. While local behemoth Starbucks churned out mass-produced coffee mugs and Norah Jones CDs, Porchlight established itself early on as part of Seattle’s anti-establishment coffee scene. That meant art by local creatives, illustrations by Bolotin himself, music that you weren’t hearing on the Top 40 charts. In addition to selling records from known and lesser known labels like No Idea, Sup Pop, and Secretly Canadian, Porchlight itself has its own label imprint, which releases a few records of its own a year. It’s been a winning strategy. Despite its small size, Porchlight has been featured everywhere from Food & Wine to Condé Nast Traveler, winning devoted fans both near and far.

Today, Porchlight lives as an established presence on 14th Avenue, reaching into the wider culture beyond with the Porchlight record label. To get a better idea of how Porchlight was founded, operates, and has sustained throughout the years, read our interview with Bolotin below. BOND STREET: When did you first get into the coffee business?

ZACK BOLOTIN: My very first job as a teenager was working for my cousin’s coffee cart inside of a hospital. I was 15 and it was pretty part-time, but it definitely laid out the basics of espresso and small business for me.

BOND STREET: As a kid growing up, did you always want to be an entrepreneur?

ZACK BOLOTIN: As a kid, I mostly wanted to work at the zoo or play professional baseball. Neither of those exactly came to fruition, but I do pet a lot of dogs and play softball—so I have no complaints. Both of my parents are historical non-fiction authors and have had a small business revolving around publishing, research, and writing my entire life, so I’ve been inspired by them while seeing the pluses and minuses that come with entrepreneurship. I didn’t start having any serious thoughts about opening my own business until I was about 20 though. BOND STREET: When you first came up with the idea for Porchlight, how long did it take from deciding to commit to actually opening the doors?

ZACK BOLOTIN: I started seriously thinking about opening a coffee shop when I was about 20. Two years later, I was physically opening it.

ZACK BOLOTIN: Capitol Hill–and Seattle, in general–have always meant a lot to me. My grandfather moved from Russia to the Central District (the neighborhood next to Capitol Hill) as a kid, both my parents were born in Seattle, and I was raised about 20 minutes away, in the suburbs. When I graduated high school, I moved ten blocks away from what is now Porchlight, and have lived and worked in the neighborhood since then. I think it’s important to open a business in a neighborhood that you’re part of and have already worked in—so that’s why I ultimately chose Capitol Hill.

BOND STREET: What was the biggest challenge you faced in the early days? How has that changed over time?

ZACK BOLOTIN: When I first opened Porchlight, it was about as bare bones as it gets. Having very little capital, I had to search all over the place to find deals on used refrigerators, counters, and coffee grinders—hoping they’d survive long enough for me to use in the shop for a couple years—and if something were to die, I had to scramble and count change for a repair or replacement. These days, it’s comforting to know that the business makes enough money to buy new equipment and sustain itself. BOND STREET: How did you finance the business originally?

ZACK BOLOTIN: Most coffee shops open for anywhere from $80,000 to $300,000–I opened mine for about the cost of Toyota Camry. I saved up money, borrowed a few thousand dollars, and also used the tenant improvement allowance that my landlord gave its tenants. Then I worked open-to-close every single day until I could afford to take a day off.

BOND STREET: Did you always plan on selling records at Porchlight, or was that something you introduced later?

ZACK BOLOTIN: Records were always a plan, but weren’t implemented until a few months after opening. When I first started selling records at Porchlight, I bought directly from a couple indie labels and bands, and carried about 30 titles. Now, while Porchlight is still primarily a coffee shop, we have about 300 to 400 titles with most of them still coming directly from bands and labels.

BOND STREET: Why did you decide to start the label? Can you describe the label operations a bit?

ZACK BOLOTIN: Starting the label was primarily for fun, but also to help some bands put out records at our expense. The duties and definition of a record label vary quite a bit on a very broad spectrum. Porchlight is at the low-responsibility end of the spectrum. We don’t have a recording studio, or interfere with recording, and generally don’t come into the picture until the record is finished. Then we’ll pay to physically make the records, handle all of the mail order, and get the records into record stores. It’s a big help to small bands and Porchlight’s role is to be a bit of a stepping stone to bigger, better things. A few years ago, we put out the first piece of vinyl for Keaton Henson, who then went on to be labelmates with Tom Waits at the much larger Anti-Records. BOND STREET: How does being an artist and designer impact your outlook on business and entrepreneurship, if at all?

ZACK BOLOTIN: Being an artist and designer is one of the most helpful additions to running a food service or retail business. It saves an incredible amount of money and gives you creative power without delegating, but also reminds you how much time and work even a simple layout is.

BOND STREET: Do you actively market the business? How do you attract new customers and retain regulars?

ZACK BOLOTIN: I use social media a ton and have occasional giveaways, but I don’t really follow traditional advertising avenues. Word of mouth is always the best advertising, and if you’re creating a space and product that people like, then it somewhat organically markets itself and encourages growth. And as weird as it sounds, it’s incredibly helpful to have a business that photographs well. Customers that want to share pictures of their visit to your business are better than any paid ad—especially when you don’t have much of an advertising budget.

BOND STREET: If you had to drill down to one thing that has made Porchlight successful, what would it be?

ZACK BOLOTIN: Porchlight’s growth has been about as steady and natural as I could ask for. People seem to appreciate the fact that the shop was started without investors by someone that lives in the neighborhood. In a city that is rapidly changing, people are grasping for anything that feels natural, like the “old neighborhood”—whether that was the ‘70s, ‘80s, ‘90s or early 2000s. I’ve had a number of strangers and friends come in and tell me “This is what I think of when I think of Capitol Hill,” and it’s an incredible compliment. BOND STREET: Do you have plans to open additional Porchlight locations? Where do you see the business in 5 years?

ZACK BOLOTIN: Eventually I’d like to open another Porchlight. Right now, things feel like they’re in a very sweet spot and I’m not looking to change too much. In five years, I do see a second location, though the details haven’t fully formed in my head yet.

BOND STREET: I read that you grandfather had a pawn shop on 1st and Spring–you have deep roots in the city. Ultimately, what does Seattle mean to you?

ZACK BOLOTIN: My great grandfather owned a pawn shop down on 1st and Spring in the ‘50s, my grandfather owned a tiny car service station in the Central District, and both my parents have run their small business here for a few decades. I’ve lived here my entire life and have a pretty intense desire to stay for the rest of it. Seattle has had so many words associated with it as of late–Amazon, tech, gentrification, to name a few–but I have a somewhat indescribable affection and devotion towards the city. I think it’s a beautiful place to live, feel a pretty regular familial connection to nondescript parts of town, and ultimately if a place like Porchlight can thrive for as long as it has with such intense support, I think Seattle is pretty great.

One book every entrepreneur should read:

I haven’t read any nonfiction remotely related to entrepreneurship, but for unrelated reasons I’d recommend everyone read “Hard Rain Falling” by Don Carpenter.

What are your 3 favorite independent businesses in Seattle and why?

Why is it important to support independent business?

Supporting independent business not only puts money back into the neighborhood, but it helps further community. It puts faces to businesses and creates an intimacy that I think is necessary to maintain a neighborhood. 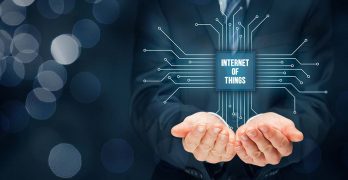 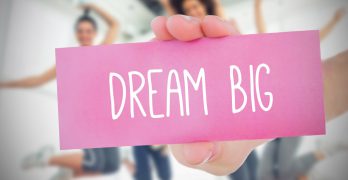 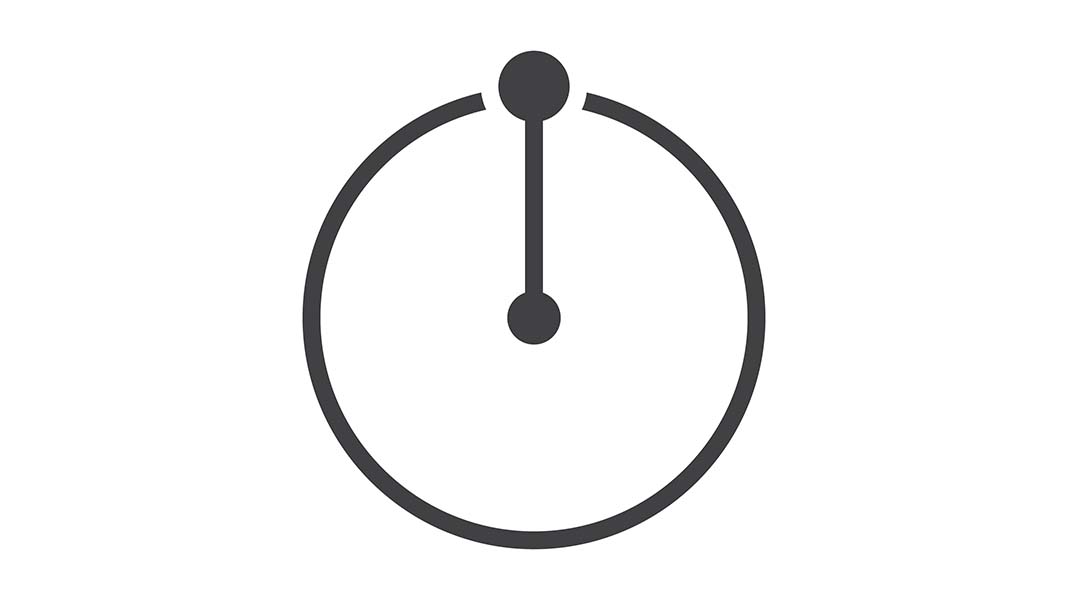 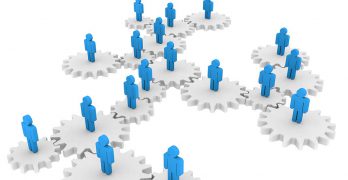 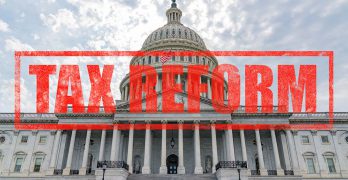