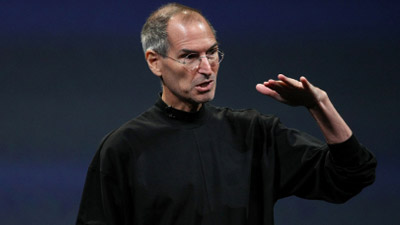 There is a process to innovation that can be summed up with four words: “Whoa. Wow! Hmmm. Yes!”

Credit Dr. Mark Goulston with this. He states, that’s exactly how Steve Jobs described his “aha moment.”  So, let’s paraphrase the late Mr. Jobs as we describe this process.

A bit of history that “made” Apple rich

Jobs was invited to Xerox Parc research facility and – against the better judgment of the research coordinator – shown three projects the engineers were working on.  The first of the three was a rough cobbling together of a graphic user interface, complete with a crude “mouse.”  Jobs hardly remembered the other two.

Whoa! Here’s how to change an industry…

“Whoa,” he must have thought when seeing that GUI for the first time. “Wow!” he states in later recounts was his intense impression.  “Hmmm” – that could be the future of computing everywhere, he says he thought immediately.  “Yes!” he must have said to his colleagues as soon as he was away from the facility.

And that’s how the Macintosh was conceived.

His vision for the Macintosh and later for all that followed came from that “Yes!” moment, defining what would become one of the most valuable companies on earth with a single “aha” moment.

This is a process that you and I can use.  Think for a moment.  Have you ever had such a game–changing “aha” moment in your business life?  And if not, could you recognize it as a defining experience as Jobs did?

…and your ability to realize the “aha” moment. 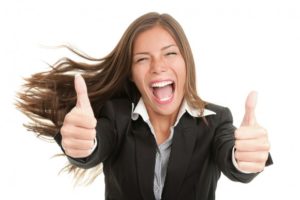 There are many examples of great advances in technology or industry from such aha moments.  But it is as much a skill to be developed as an accident of fate.   Discipline yourself to notice things that not only interest you but draw deeply into your emotional self as you see them for the first time.  And when you do spot such an anomaly, “whoa.”  Slow down to absorb what you’ve seen and how you are reacting to it.

Your “wow!” moment follows if you can identify why you stopped to look and connect that with your reason for excitement.  “Hmmm.”  This could be important and lead to something big for us. “Yes!”  I know what we can do to change the world with this.

It’s a process that is repeatable, even if the time this happens is rare, perhaps as in Jobs’ case, once in a lifetime.  But isn’t it worth making this a skill in your inventory of skills?  Perhaps the result is not a game–changer, just a great lift for the business.  Or perhaps it is the beginning of everything grand to follow.