Home / Leadership / Communication / Have You Identified Your Employees as a Key Target Audience? 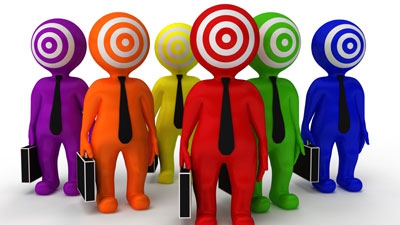 Have You Identified Your Employees as a Key Target Audience?

Much has been written about the need for communicating with employees.
People are often put in charge of internal communications and spend their time creating newsletters and memos that get sent far and wide informing folks about what is going on in the organization. Often we designate the employees as one of our key target audiences or stakeholder in our planning documents. This is all a good thing.
However, being the provocative person that I am, I have to ask, “Is that really what you want to do?”
MY PERSPECTIVE: I would suggest that communicating usually means creating and delivering messages to an audience. Further, I would suggest that what you really want to do is facilitate a conversation or a dialogue with your employee community.
For many, you are probably saying, “That’s just semantics—that’s what we mean”, so let me ask, “Is that what is happening?” Are you facilitating a conversation? Do you have a process set up that stimulates a conversation or is your messaging primarily just being pushed out from the communications team?
Related Article: Before You Can Be Customer-Centric, You Must Be Employee-Centric
That distinction is more than semantics. It is why organizations struggle—and often fail—to generate meaningful employee engagement. We get blinded by the belief that because we are actively communicating, we believe we are engaging employees in a conversation. Bottom line, if it isn’t two-way, it isn’t communication. It’s simply message distribution.
Let me share how the internal newsletter we set up at ServiceOntario was envisioned. Rather than having someone in the Marketing team write the newsletter, they acted primarily as an Editor who worked with an Editorial Board who was responsible for generating the content. This Board was made up of writers from across all divisions in the organization. Level or function were not relevant, their only commonality was their interest in sharing what was happening in their areas of work. They also had pretty free rein on topics for publishing.
The Editor compiled their articles and reviewed them for general appropriateness, spelling, grammar, etc. They did not re-write the articles. The Editor also included news that was relevant to the organization on behalf of the organization.
Resultant we had a newsletter that reflected the wider organization while still containing important organizational communications/news. It was filled with topics (with lots of pictures) of things that were of interest to the people across the organization—not just management.
The result? People looked forward to receiving and reading it each month. Plus, people saw demonstrated behavior that management was interested in hearing from them—a very important signal to the organization.
It wasn’t perfect, but it was a systematic approach to sharing information and gathering feedback/input. So ask yourself, is your internal communications really communicating—or just delivering messages?
Something to think about.
This article was originally published by Bill Hogg