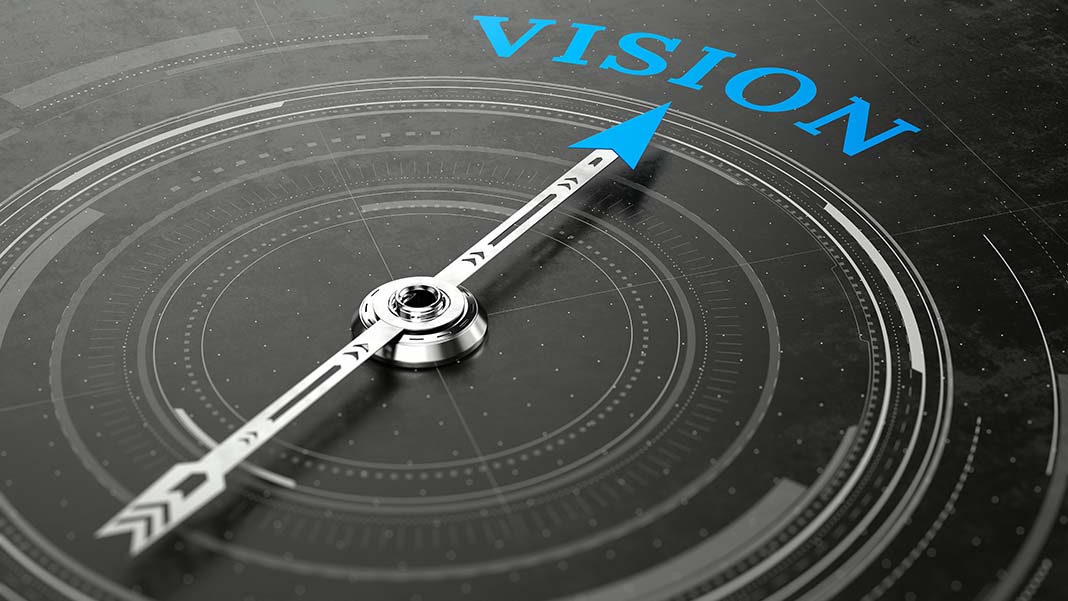 Communicating Your Vision Clearly to the People Who Matter

It isn’t enough to come up with a kickass vision for your organization or business idea. One other important piece of the puzzle is being able to communicate your vision clearly and effectively to the people that matter; namely partners, potential investors, employees, and even customers. This is something we realized, thankfully, in the early stages of launching our music production company.

Getting people to buy into and follow your vision is a big part of what separates leaders who are able to experience massive success and those who don’t. When Nelson Mandela had the idea of an equal society in South Africa, it was the strength of his vision that influenced people of different races, and from other countries, to support the end of Apartheid, even after he spent 30 years in prison.

In the area of technology, Bill Gates’ vision of getting a computer in every home, well, did just that. It wasn’t just through his own genius, however, it was connecting with the right people, who also had a forward-thinking mindset and were able to grasp his vision of the PC.

For every great story that changed the world, how the vision was communicated by the leader(s) enabled the initial buy-in and eventual success. But not everyone knows how to communicate a vision, especially in today’s saturated business markets, and with competition being so fierce.

With that said, how have we been able to communicate our vision in such a way that the people who matter are able to see what we are seeing, or at least trust us enough to get on board with the idea of a virtual recording studio, even if they don’t quite understand it all as yet? Here are a few tips from our story:

Believe in it first

As a leader, it is necessary for you to demonstrate belief in your own vision before expecting others to get on board with what you’re saying. If there is any doubt in a particular aspect or general disbelief in your overall vision, others will sense it and act accordingly.

In addition, not believing in your own vision can send mixed signals and result in indecision on your part, both of which will threaten the continued existence of your business.

Write it down descriptively

The best stories are those that capture the imagination of readers and hold their interest from start to finish. While a vision document isn’t exactly a story, similarly using descriptive language to explain the scope of what you’re trying to achieve, will help all parties involved to get a clear picture.

The clearer the picture, the higher the likelihood that stakeholders will be able to understand and support the vision. Being descriptive means being pointed and specific, keeping objectives measurable and time-based.

Write it down as if you’re explaining it to someone who’s blind and use simple words that everyone will be able to understand. Writing like this might mean more words but it’ll be easier for everyone involved to grasp, instead of having to ask you to explain every point, or worse, pretending to understand, if you only summarized your vision.

…But have a shortened version on hand

Once you have crafted your vision into a compelling story, it is helpful to craft a summary statement, which captures all the main points. This will come in handy when you need to give a quick elevator pitch to a potential investor.

These potential investors are often extremely busy and might only spare you a few minutes to explain why they should be interested in your product/service. If you manage to pique their interest with a sentence or two, they will want to hear the long version of your vision later on.

Make it about them

It’s easy to get caught up in telling your own story when creating your vision but for others to get it, they have to see themselves in it.

Your financial backers need to see how they will benefit from investing in your company/idea; managers need to see themselves in accomplishing the main goals of the vision in order to make meaningful decisions; and employees need to see that their efforts are helping to achieve an objective they can be proud of.

Once you make your vision about the stakeholders, it becomes easier for them to understand their roles and act accordingly.

Depending on the size of your organization, there might be different pockets of people who you will need to express your vision to.

For instance, you might have a marketing department different from a product development or research team. For these sets of people, the objectives are different, so it follows that the messaging of your vision story will need to be tweaked to resonate with the respective team.

Reciting the same vision can result in some people feeling alienated since they have different objectives and responsibilities.

Taking time to craft the vision story for your company can take time but this is necessary to ensure it is succinct enough. A well-crafted vision will form a solid foundation for everything else to fall into place, and to get the desirable outcomes you seek.

Mylène Besançon is the Co-Founder and CMO of Tunedly, a virtual recording studio. You can read more about Mylène, as well as access her business tips and secrets at mylenebesancon.com, check out her company and team at tunedly.com, or connect with her at twitter.com/mylenebesancon; facebook.com/besancon.mylene; https://www.linkedin.com/in/mylenebesancon