Home / Finance / Working with Investors / The “Inciting Incident” and Investors 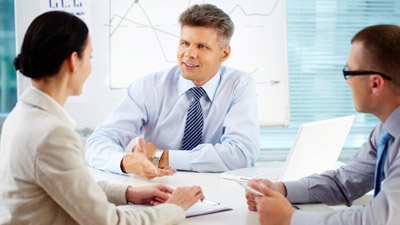 The “Inciting Incident” and Investors

By David Steakley
If you are a screenplay writer, you are familiar with the dogma of the inciting incident. In a movie, the inciting incident is the event at the beginning of the story which causes the hero’s life to be completely transformed and irrevocably changed, and which makes the whole story unfold. Companies also need an inciting incident, because, more often than not, you often will depend upon selling your story to someone. What is the inciting incident for your company? How can you get to it more quickly and with less capital?
Every good story has an inciting incident. You may not spot it at first. For example, ask yourself: “What is the inciting incident in The Godfather?” This one is tricky, because it doesn’t occur until 45 minutes into the film, when Vito Corleone is gunned down in the street. This event totally changes the life of Michael Corleone and makes the rest of the story happen. Ok, now you’re an expert: quick, what’s the inciting incident in Star Wars?
The terminology is from the movie industry, but the concept applies to all stories. Every good story has an inciting incident. I am father of four kids, tween to teens, and I sometimes kid them, as a seemingly pointless anecdote trickles to an end, with the capper “…and then you found five dollars?” This is amusing (to me, at least) because it points out that the story lacks an inciting incident.
Story seems to be an artifact of the human brain, and soul. It is a key part of what makes us human. Stories are the most important repository of wisdom, experience, knowledge, and learning. Storytelling is often a key aspect of a great leader’s talent. For example, while Steve Jobs was abusive, rude, and unappreciative, he had what his colleagues referred to as a reality distortion field. He told his team how it was going to be, and even though his story of what was going to happen seemed to be completely unrealistic fantasy, he made his team believe the story, and his teams of believers made it come true.
I found myself explaining all this recently to a company team that was pitching me on its story. The company is building a website to match commercial tenants with commercial landlords. They told me all about why this is such a good idea: hard to manage price discovery in the commercial real estate market; fragmented information about vacancies obtained from landlords and brokers; and the large scale of transactions. They told me about their expertise and their network of contacts, and their early customers, and the promising results so far. They wanted to come to pitch to my angel network.
I told them they lacked an inciting incident. None of the angels in my group is likely to write a check without hearing and believing a story about how something dramatic is about to happen. The very best thing, I told them, would be to come back when the inciting incident has just happened, but the consequences have just begun to unfold. We talked about what this could be: major PR to drive tenants to the site; signing a deal with a major landlord to greatly increase listings; a scheme to source listings at massive scale from public data—there are a lot of possibilities, but they didn’t have that element.
When you’re selling your company to potential investors, you have to work hard on your story, and the story doesn’t really begin until the inciting incident.
Answer: In Star Wars, the inciting incident is Darth Vader’s attack on Princess Leia’s spaceship.
This article was originally published by Berkonomics
Author: David Steakley, a past President of the Houston Angel Network, is a reformed management consultant. He is an active angel investor, and he manages several angel funds in Texas.