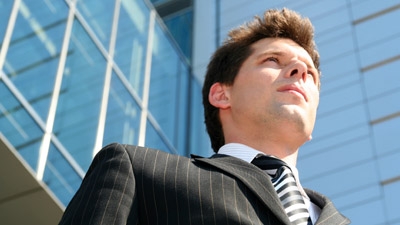 Investors Seek Out Entrepreneurs with Resilience

If you haven’t had a failure, you aren’t pushing the limits. If you are really an entrepreneur, you are a risk taker and less cautious by nature, so failures should be expected. Wear you startup failure as a badge of courage. Don’t go after failure, but embrace it when it does happen and grow from it.
People who are afraid of failing should not become entrepreneurs. They can’t overcome the psychological fears of making a mistake, and are afraid of losing money. They are better off keeping their day job. Successful entrepreneurs, on the other hand, tap into the positive power of failure. Here are three examples:
According to investors I know, young entrepreneurs who have failed at least once are more likely to get funding from them, compared to entrepreneurs with a perfect track record. Investors know that founders often learn more from a failure than they do from a success, so don’t be so quick to delete a failure from your bio. Serial failures, on the other hand, send a different message.
A failure can be a milestone on the road to success, if you celebrate that failure for what the mistakes taught you—and use the experience to move to the next idea. Here are three points of learning that many famous failures emphasize:
Failure is not usually a single event, but a collection of mistakes and circumstances that add up to test the patience of the founder. Failure combined with a strong sense of business ethics can motivate and produce innovation, while failure due to a lack of ethics can lead to desperation. Certain types of failures, like failures of integrity and ethics, are harder to recover from.
Failure, even multiple failures, can be the first stage of a very successful journey. Success usually comes to those willing to keep coming back. Resilience and agility are really the only sustainable edge in business. So when you experience your first failure, just give up your ego, let it go, and get back to work smarter on your next success.
This article was originally published by Startup Professionals