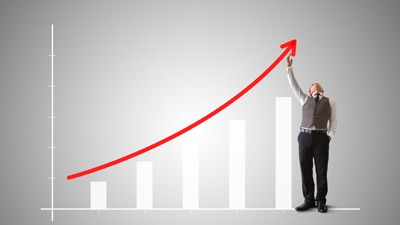 The Independent Contractor Ranks Are Growing

The number of workers identifying themselves as “independent contractors” is growing in the United States. In 2005 the U.S. Bureau of Labor Statistics determined that the number of independent contractors rose from 6.4% of the workforce in 2001 to 27.4% of the workforce by 2005. In 2010, Navigant Economics claimed the following:
“More than 10 million workers, comprising 7.4 percent of the U.S. workforce, are classified by the Bureau of Labor Statistics as independent contractors, and another 4 million work in alternative work arrangements in which they may be legally classified as independent contractors for one or more purposes. Alternative workers in 2010 will account for approximately $626 billion in personal income, or about one in every eight dollars earned in the U.S.”
More recently, MBO Partners, an independent consultancy firm, issued a finding that the independent contractor workforce rose from 16 million in 2011 to 16.9 million in 2012. Internet contractor referral platforms such as Elance.com, oDesk.com, Guru.com, and Dice.com are increasing in participation and popularity. In 2003 the Freelancers Union was formed to provide benefits, resources, and advocacy to “independent” workers nationwide. According to the freelancers Union, members range from “freelancers, consultants, independent contractors and temps, part-timers, contingent employees and the self-employed.” The Freelancers Union claims more than 80,000 members in New York and 150,000 members nationwide. Not a traditional union, the Freelancers Union appears to be more of an insurance and benefits pool for “independent workers.”
No matter the source of the statistical information, it is apparent that the independent contractor workforce is growing. This growth is being met by increased enforcement and scrutiny by state and federal governments in the areas of employment tax, worker’s compensation insurance, and wage and hour penalties and litigation.
With a growing workforce of contract labor, your business should be able to use legitimate independent contract labor. However, the government’s compliance and enforcement orientation is toward an employment model of labor. State and federal agencies can make it very hard for a business to use legitimate contract labor. Connect with me on TaxConnections to discuss your business model and use of independent contractor labor in this new economy.
In accordance with Circular 230 Disclosure
This article was originally published by TaxConnections
Author: Betty Williams has a broad range of experience handling civil and criminal tax controversy matters including income tax, employment tax, sales and use tax, property tax and IRS, FTB, and SBE audits, protests, and appeals. She has represented clients before the U.S. Tax Court and the U.S. District Courts in California. Betty has obtained penalty abatement for numerous clients ranging from a few thousand to more than $2 million in late filing and late payment penalties. She has assisted numerous clients in the United States and abroad in the 2009, 2011 and 2012 IRS and FTB voluntary disclosure initiatives. She also represents foreign financial institutions regarding Foreign Account Tax Compliance Act (FATCA) compliance. She has experience defending criminal tax matters and negotiating plea agreements in areas such as structuring, tax evasion, and the failure to file a tax return.