Home / Finance / Tax and Accounting / I’m Crowdfunding: Is It Taxable? 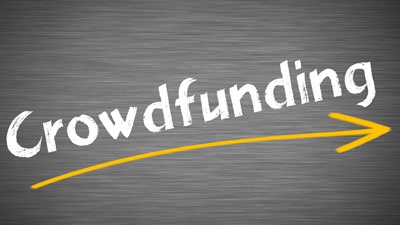 I’m Crowdfunding: Is It Taxable?

Crowdfunding through Internet sites such as gofundme.com and kickstarter.com have become convenient and often successful vehicles for fundraising. Would-be businesses use them for start-up funding to get a business off the ground. Others attempt to raise money to fund a new project, frequently a book or musical recording. On the other hand, crowdfunding is also utilized by individuals to help in the event of a personal disaster, for medical bills, or other reasons.
A question that is frequently posed is, “Are these funds taxable income?” Right now, the answer is “I don’t know.” There is no guidance from the IRS on this, and nothing definitive is likely to be forthcoming until there is a test case that is heard in the court system. And, of course, the IRS is not bound to follow court decisions as they relate to future situations and may announce an acquiescence or nonacquiescence following a court decision.
Related Article: 5 Crowdfunding Resources for Entrepreneurs
There seem to be at least four different scenarios that bear examining in the Crowdfunding arena. Two relate to business funding, one to individuals, and one to tax-exempt non-profit organizations. We have already mentioned that there is no specific guidance in relation to Crowdfunding, but we can draw on other tax principles to get an idea of how all of this might shake out.
If the funds are given to a business with nothing given in return, it is likely taxable income to the business. Any “gift” given in return would be a deductible expense. Additionally, the business is likely to spend the funds for various business expenses, which are deductible, so the business could have a zero tax liability from the Crowdfunding effort. This is not a typical buy-sell transaction, but the IRS is likely to treat it as such.
On the other hand, the business could offer an equity interest in the business in return for the investment in the business and this would not be income, but equity. This equity would not be taxable income, but the founder now has multiple owners to which he is accountable. Equity-based crowdfunding was created under Title III of the Jumpstart Our Business Startups (JOBS) Act (2012), but the rule under Title III is still being written at the Securities and Exchange Commission (SEC) to expand the ability for entrepreneurs to sell equity to prospective investors online. Until the SEC issues final rules under Title III, equity-based crowdfunding for the vast majority of Americans remains off-limits.
If the funds are raised for the benefit of an individual or group of individuals, the donations are not tax deductible by the donor. They would appear to be a gift from the donor and therefore not taxable income to the recipient. If I have a friend in need and give them $50, there are no tax consequences and this type of charitable activity has been going on for years. Crowdfunding has formalized it and taken it to a new level. So, logic demands that it not be considered income. But logic and the IRS do not always walk hand-in-hand.
Casey Charf raised $50,000 through GoFundMe to help with her medical bills. Relying on wording on the GoFundMe site which stated “While this is no means a guarantee, most donations on GoFundMe are simply considered to be personal gifts which are not taxed as income in the U.S,” she did not include it on her return. Imagine her surprise and chagrin when she received a bill from the IRS for $15,457 in taxes and another $3,676 in penalties and interest. The IRS maintains the GoFundMe monies were taxable income. She is appealing the IRS position and it is the opinion of many tax professionals that Casey has a strong case. This may be the test case that is needed to determine the status of these “gifts.” At a minimum, resolution of this case should help clarify the issue in these situations. Stay tuned.
The final scenario occurs when a qualified tax-exempt charity is raising the funds. This scenario is the one with the least amount of uncertainty, as contributions to this type of organization are normally tax deductible. Crowdfunding websites normally issue a receipt for the contribution, specifying the recipient, so deducting these amounts paid to a qualified IRS tax-exempt charity should not be a problem.
Crowdfunding is a new way to raise funds, and our tax and other laws have not adapted to these changes. We can hope the adaptation will occur in a logical fashion that will not serve as a death knell to this useful innovation.
This article was originally published by TaxConnections
Author: Dr. John Stancil (My Bald CPA) is Professor Emeritus of Accounting and Tax at Florida Southern College in Lakeland, FL. He is a CPA, CMA, and CFM and passed all exams on the first attempt. He holds a DBA from the University of Memphis and the MBA from the University of Georgia. He has maintained a CPA practice since 1979 with an emphasis on taxation. His areas of expertise include church and clergy tax issues and the foreign earned income credit. He prepares all types of returns, individual and business.