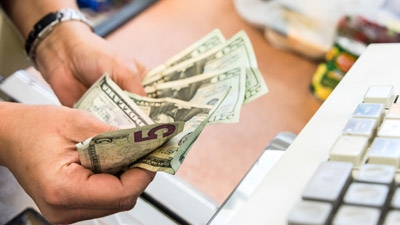 On July 10, 2014, the House Small Business Committee’s Subcommittee on Economic Growth, Tax and Capital Access, held a hearing – Cash Accounting: A Simpler Method for Small Firms? Congressman Tom Rice opened the hearing noting that he is a former tax attorney and CPA. The purpose of the hearing seems to be how use of the cash method for some businesses (such as small ones) can simplify tax compliance. He did not mention Congressman Camp’s proposal to deny use of the cash method for businesses with over $10 million of gross receipts (unless they are a sole proprietor or farming business) (see Camp’s summary of the Tax Reform Act of 2014, page 87-88).

What did the subcommittee learn from the witnesses?

The cash method is simpler than accrual. It could be even simpler if reporting was based on more of a cash flow approach which would also allow for expensing of inventory, supplies and depreciable property (when paid in cash). Apparently non-depreciable property such as land would still be capitalized, so this proposal was not intended as also moving the tax system to more of a consumption tax. Basically, this could all be tracked via bank statements. The constructive receipt doctrine would be modified – report no income until received in cash, services or property in hand or in an account. This proposal, from Donald Williamson, Executive Director, of the Kogod Tax Center at American University in Washington, DC, would be for businesses with $10 million in gross receipts or less.

A CPA, testified on behalf of the South Carolina Farm Bureau and pointed out the importance of the cash method to farmers. The cash method “most accurately reflects the true financial picture of a farming operation.” Volatility of profits was noted as an additional reason for allowing the cash method. The witness, Sarah Windham, noted that accrual accounting and a progressive system can cause a farmer to pay more in taxes over the long-term than would a different business with more even revenue over time.

Witness Terry Durkin, testifying on behalf of the National Association of Enrolled Agents, stated that requiring small businesses to use accrual accounting makes tax compliance more complex and restricts cash flow. Ms. Durkin suggested increasing 179 expensing to at least $250,000, not require small businesses to apply the Section 263A Unicap rules, allow use of the cash method even when a small business has inventory, allow expensing of leasehold improvements and start-up and organizational expenditures, and increase the $500 limit in the repair regulations. Ms. Durkin also quoted from President Bush’s Advisory Panel on Federal Tax Reform report that allowing use of the cash method prevents small businesses from having to keep books just for tax purposes.

Witness representing the National Conference of CAP Practitioners reminded the subcommittee members that small businesses tend to think of their business operations in terms of cash in and cash out, with checkbooks and bank statements being the key records. The cash method also ties to how small business owners think about their personal tax returns.

The prior paragraph highlights one simplification that would be helpful to many – standardize the rules for the size of gross receipts you need to be allowed to use the cash method. I think $10 million, adjusted for inflation, is reasonable. That will allow most small businesses to use the easier cash method. Of course, they could use accrual if desired. The Unicap exception should match the cash accounting rule.

The subcommittee seemed to steer clear of the big accounting method issue today that is raised by Congressman Camp’s tax reform proposal (unless it came up in the questioning). Should a qualified personal service corporation with gross receipts over $5 million that today may use the cash method, lose that benefit once its gross receipts exceed $10 million? Certainly, personal service businesses benefit from the cash method as most customers don’t want to pay until well after the services are rendered. Thus, the service provider is disadvantaged having to report income and pay tax on income they have not yet received. But isn’t this also true of other types of businesses, such as manufacturers? Should all businesses be allowed to use a cash flow approach? Probably not as that would allow for some tax planning by larger companies with the resources to do so. Where to draw the line?

In accordance with Circular 230 Disclosure