Brian Gerrard is the CMO of Neo Tax, a tax automation software company based in Silicon Valley. Brian has worked in the live streaming/social mobile space, starting his career at The NBA and Nielsen after graduating from The University of Virginia. In 2014, he co-founded Bae, a dating app focused on Black Millenials. The award winning business peaked as a top application in the US, and top 50 Lifestyle app in 20 African/Caribbean countries. Brian and his team merged with their largest competitor if(we) in 2016 where he joined to lead marketing. If(we) was subsequently acquired by The Meet Group NASDAQ:MEET for 60Million dollars, where he became their Head of Product marketing, overseeing 7 live streaming apps. He continued his career at Twitch helping to establish their Growth Marketing Team for nearly two years. Brian has appeared in publications such as TIME, TechCrunch, Inc. Mag, Fortune and Fast Company and has been a featured speaker at conferences such as F8 (Facebook’s annual conference), Harvard and Dartmouth University and The United Nations. 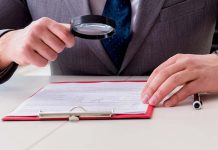 The R&D Tax Credit is the closest thing to free money for tech startups. To summarize: a startup can claim a percentage of each employee’s payroll as long as the work they’re doing relates to research and development. The amount you can claim per employee is related to the amount of time they actively spend on R&D. […]