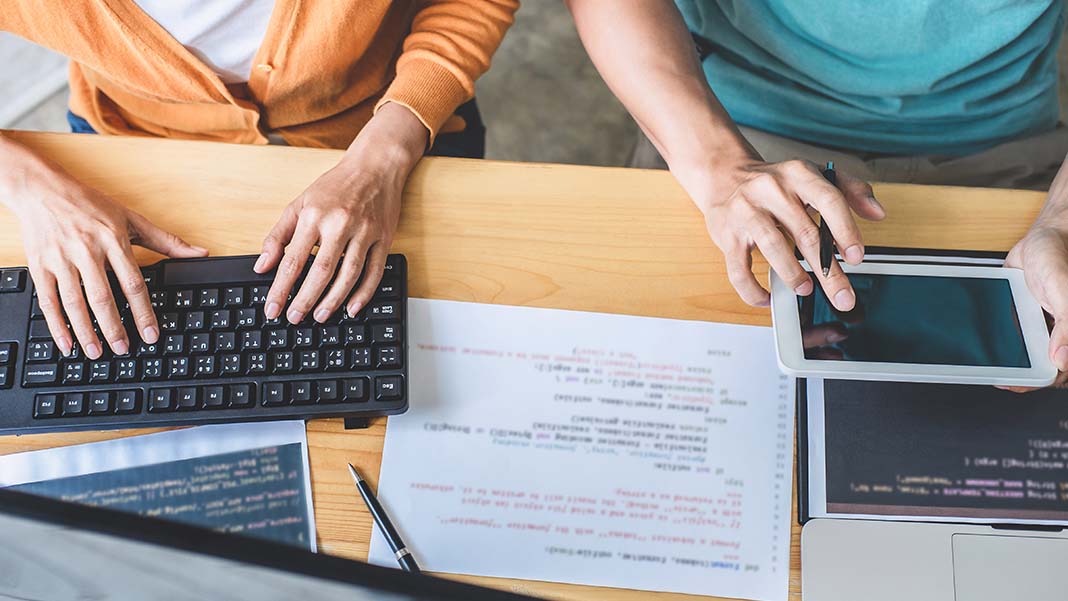 Software development teams can keep builds on budget and on task by reducing or eliminating technical debt.

In a perfect world, developers would fix all known bugs with each iteration—but we all know that seldom happens. Often, each release begins a new phase where the team focuses on exciting feature development, often leaving clean-up work by the wayside.

After the build is complete and the team enters testing and QA, old and new problems emerge. Fixing one bug may create news ones. Solving for errors on both old code and new code can feel like whack-a-mole.

Your team can work with a better standard for “zero open bugs” than fixing all significant issues and then putting the remaining fixes off until the next release. By doing so, they can regain control over a workload that’s growing to the point where it’s slowing overall progress and straining company resources.

Companies both large and small need to manage and deal with technical debt which traditionally comes in three forms. The first form of tech debt is deliberate. Deliberate technical debt occurs when an engineer makes the decision to code something in a way that is different or in a way not originally scoped. Often developers will create deliberate tech debt if they need to deliver the software quickly or under a tight deadline. The theory is that “this will work for now, and get fixed later.” However, if the code is not fixed later it can create new problems.

A second form of technical debt is accidental tech debt. This occurs when the dev team uses outdated design or code on a project. This can be tricky to manage if product managers are not clear on the framework and systems they will be using for this assignment. Finally, bit riot debt simply happens over time. A component or system can slow down over time and when the code is continually updated with increased complexity or even incremental changes. Fortunately, there are ways to manage and mitigate technical debt. Software development teams can leverage DevOps practices to reduce the growing burden of all types of technical debt.

There are many reasons why technical debt grows. Some developers are inclined to blame the problem on architecture, rather than dealing with the problem. Also, management may frequently push bug fixes to the side in favor of deploying new features.

In part, siloed departments create this environment. DevOps practices promote collaboration and bridge communication shortfalls. A partial solution is to prioritize technical debt equally with feature work and not let bugs idle in a backlog repository.

Getting a Handle on Technical Debt

The first step toward eliminating technical debt is to identify the problem. An excellent place to start is by speaking to developers to find out how much technical debt hampers their work.

In the long run, however, reducing technical debt to a minimum requires an enterprise-wide commitment to delivering clean code.

It’s a good idea to start the process of reducing the bug fix workload by ensuring that story point values are accurate to facilitate the resolution of future technical debt. Also, use DevOps philosophy to automate architecture workflow. As Soliant Consulting’s Allison Arthur explains, “DevOps practices are cross-functional, bridging software development and IT Operations. Common DevOps practices include version control, continuous integration, continuous delivery, and automated infrastructure provisioning, among many others.”

With automated testing and continuous integration, you can prevent bugs and reduce technical debt. For example, when the operations team finds a bug, they can write a test to reproduce the issue. If the problem emerges again, testing will catch the bug, rather than operations relying on customer feedback.

Ideally, any software development team wants to eliminate technical debt. A more realistic goal is to keep bugs to a minimum to prevent technical debt from snowballing uncontrollably.

DevOps Is the Perfect Solution

Matt Shealy is the President of ChamberofCommerce.com. Chamber specializes in helping small businesses grow their business on the web while facilitating the connectivity between local businesses and more than 7,000 Chambers of Commerce worldwide.