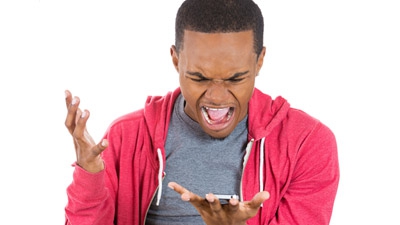 Thinking about making your own Flappy Bird clone? Be careful. Google and Apple are reportedly rejecting clones before they ever hit their App Stores.
Flappy Bird was an unexpected phenomenon. The notoriously difficult game by a Vietnamese developer reportedly netted more than $50,000 per day. With its retro graphics and adorable mascot, the game has become a staple of mobile gaming.
Claiming that it has “wrecked his simple life,” creator Dong Nguyen removed the game entirely. While those who downloaded it before can still play it, interested parties who never downloaded it have been left in the dark. Unsurprisingly, clones began arriving within a day of Flappy Bird’s disappearance, and several clones have shot to the top of the Play Store and App Store rankings.
Early clones are still available, and there is no indication that Google or Apple will remove them from devices or pull them from the stores. However, several developers who have submitted clones claimed that their apps were rejected because Apple determined that they were trying to capitalize on the popularity of an existing app. Such action is deemed acceptable by Apple’s terms of use, but developers who invested time into their clones are understandably upset. Google and Apple have reportedly not given any warning before pulling these clones.
However, the phrasing of the rejections makes it appear that apps were removed, in part, due to having similar names. Several apps listed as “Flippy Bird” and “Floppy Bird” have already appeared in the app stores, and their similarities to the original’s name are clear. Whether these developers can successfully submit their apps under different names remains to be seen.
Some speculate that the primary reason for rejection has been Apple and Google’s desire to have impressive stores for users. Too many clones of any game can make an app store look mediocre and may make it difficult for users to find great games that are not mere clones of a game of dubious merit. Flappy Bird clones are also sometimes popular despite being rather poor games, which can make it look as if mediocrity sells on the Play Store and App Store. Quality control matters, and Google and Apple have an interest in removing particularly mediocre games.
Google has also faced a problem with malware attached to copies of the original Flappy Bird game. Since users are typically quick to download apps, they often fail to consider security issues. While these clones are quickly removed, they can be downloaded by a significant number of users before Google or their algorithms are able to detect them.
Flappy Bird continues to gain attention, and curious users are undoubtedly wondering why it was removed and if it will ever make a return. Those looking for a similar experience, however, have plenty of options to choose from, and most will be able to find a satisfying reimplementation of that game that has broken countless phones due to sheer frustration. Any mobile app developer looking to cash in on the phenomenon, however, will want to be cautious; no Flappy Bird clone is truly safe.
Author: Spencer Frandsen is the expert in online marketing, with years of experience working with companies like mobile app developer Perpetuating, directing and implementing more than 500 digital marketing campaigns. He is fluent in HTML, CSS, PHP, and Russian and is pursuing his economics degree at the University of Utah.