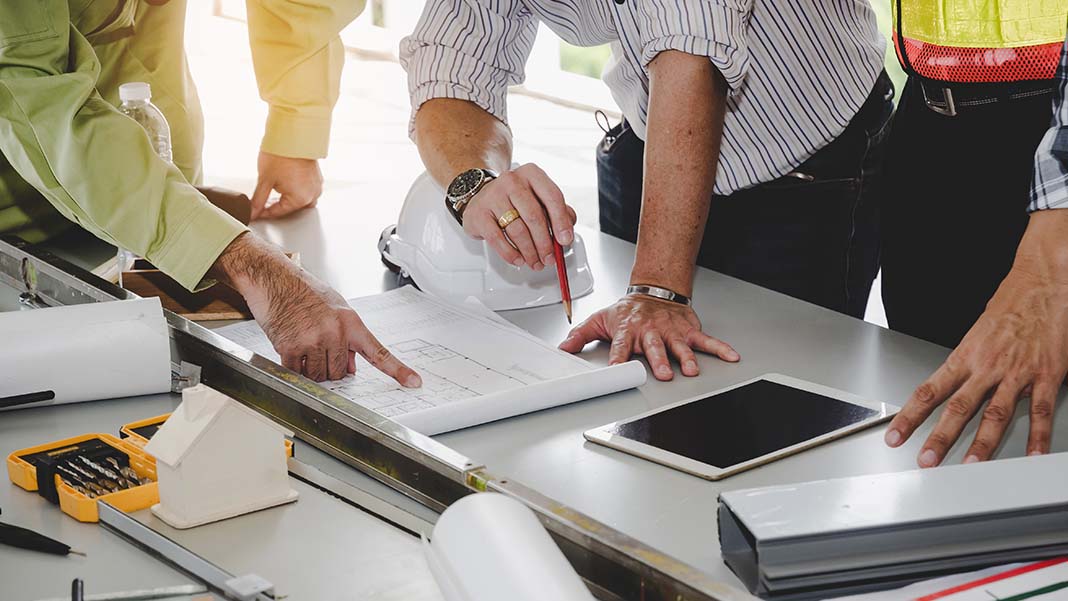 The dream of all developers is that their product, after months or years of work, sees the light of day and becomes an indispensable tool.

Few developers experience that, but even fewer achieve the success of the innovative program HoloBuilder. Just a few years ago, computer-science lecturer Mostafa Akbari, together with cofounder Simon Heinen, launched the online platform designed to support 360-degree imagery and markup. At the time, only one other program had similar capabilities.

Akbari, who lived and taught in Germany, saw some early success—developers in education, tourism, and even car sales were picking up the platform—but he decided to give users free access to the program to see how people used it.

Then in 2015, Akbari won the Ricoh Theta Developers Contest, hosted by Japanese camera manufacturer Ricoh, and made key contacts in an industry primed for 360-degree image capture: construction.

Engineers, builders, and designers can use HoloBuilder to take multiangle photos of a project or site. The photos are uploaded into HoloBuilder, where others can share developments and changes. “We used to capture pictures,” says Ashley Dawson, BIM coordinator, major projects, at Kier Construction. “With HoloBuilder, we capture progress.”

Today, HoloBuilder is used by more than 1,000 construction companies on more than 12,000 projects. HoloBuilder’s rapid success gives the company special insight into how to work quickly and efficiently to deliver a product that companies want. Here, the team shares tips that helped build the business so that others can learn from their model and kick-start their own growth.

HoloBuilder’s ease of use is the key to much of the platform’s brisk growth, according to Christian Claus, vice president of product management at HoloBuilder.

“It doesn’t involve any type of training,” he says. “If you have a 360-degree camera and you download the app, that’s all you need.”

Plus, when users find a problem, HoloBuilder has an open-door policy for improvements and iterations. For example, in early versions, images had to be manually placed, which impacted how quickly the teams could collaborate. In response, HoloBuilder built a smartphone app called JobWalk that streamlines capturing and uploading processes for documenting projects in real time.

Then in mid-2018, HoloBuilder released an Enterprise Dashboard responding to customers who needed to use the platform across multiple brands and even companies. It was, Claus says, the way the company needed to innovate to continue growing its sales.

Originally, Akbari and Heinen worked with manufacturing and automobile companies in Germany, but HoloBuilder was built to serve many use cases across industries.

After winning the Ricoh contest in 2015 and establishing customers and investors in the construction industry, some had already discovered HoloBuilder and were eager to put resources behind the platform to foster the development of a program that fit their needs. This new focus for HoloBuilder meant new opportunities for growth—but also more customization.

3. Tap into all available resources to scale business, including new talent.

Akbari and Heinen originally built HoloBuilder with the help of their top students in Germany. After relocating to the Bay Area in 2015, HoloBuilder’s student resource continues to be a font of ingenuity and innovation, even across continents.

“A lot of students working at HoloBuilder are working on their thesis in relation to HoloBuilder,” Claus says. “Here in Silicon Valley, we have quite a few summer interns that are helping us. They’re mostly construction-management students who support us and actually go to the sites and help with field tests with our customers, together with the product team. And in our R&D lab in Germany, many computer-science students from the nearby university help us build cutting-edge technology.”

Meeting customers face to face on a regular basis and testing the latest beta features with them is key to the “HoloBuilder way.” These interactions not only help ensure clients are happy but also provide immediate and clear feedback to HoloBuilder, which is then relayed directly to the product team.

HoloBuilder started out concentrating on construction contractors with specific use cases, but focusing on serving those customers’ needs led to an organic growth of the product that makes it more useful to a wider group of people.

Its sales teams first targeted particular construction projects happening within much larger companies. Within a couple of months of working one-on-one, Claus says, many companies rolled out HoloBuilder on a larger scale, extending to other projects within the organization.

Along with that expansion, many firms requested that HoloBuilder be integrated into other software they used, and that was the driving force behind HoloBuilder creating Autodesk Revit and Navisworks add-ins and an API integration with BIM 360 through the partner-integration platform.

Those integrations, in turn, have spread the word about HoloBuilder and made the tool more accessible to different personnel.

“It’s expanded the scope of what we can do,” Claus says. “Most of our customers used us in construction first, and now that we have an integration with popular programs that support the design and engineering work people do, it makes it a more versatile tool. Plus, we built great partnerships and friendships with others in the greater architecture, engineering, and construction space.”

5. Have a clear competitive differentiator.

Although similar apps and programs have cropped up, HoloBuilder finds its edge in quick innovation and response to customer demands—and a clear path to making this data usable once the dust settles.

“We’re able to quickly produce changes, new integrations, and new features; release them; and then see what the feedback is from our customers,” Claus says.

“We build many things and test them with our beta customers,” Claus says. “Sometimes, we then disregard the beta features or even beta products, which is fine because we collect feedback, hear what our customers like and don’t like, and then quickly iterate and deploy some kind of new change. That is the cost of being a market leader. But sometimes, our team hits the nail right on its head, creating something unique, innovative, and powerful.”

For example, HoloBuilder was the first to give customers their final project data collected into a single file that doesn’t need special software or licenses to open. “It’s almost like having a PDF on your computer,” Claus says. “Everything is still in the same format. It still has the 360 images that you can rotate, and they’re all still organized on a floor plan and in chronological order.”

6. Ensure the team understands the customer they’re building the product for.

Feedback and customer buy-in are the company’s high-water mark, Claus says. Every week, HoloBuilder sends employees or interns to construction sites, where they teach people how best to use the program, as well as to ask questions, engage, and get feedback. It’s how the brand continues to cultivate genuine responses and ensure its future growth.

To help everyone stay in line with these goals, the HoloBuilder team organizes a weekly call to relay feedback from customers. Claus says the goal of the call is to help everyone on the team understand why their work is valuable and why it matters in the real world. It can also helps them get into the mind-set of the people using the product, which is ultimately the key to continued success. 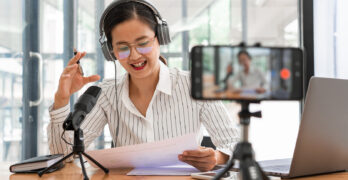 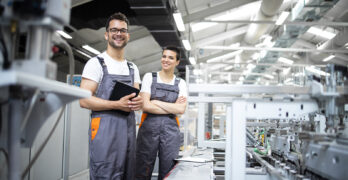 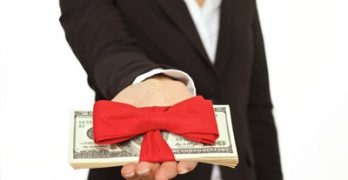 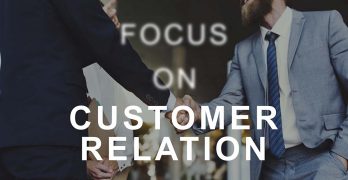