Home / Finance / Working with Investors / Lessons from Inside a Shark Tank 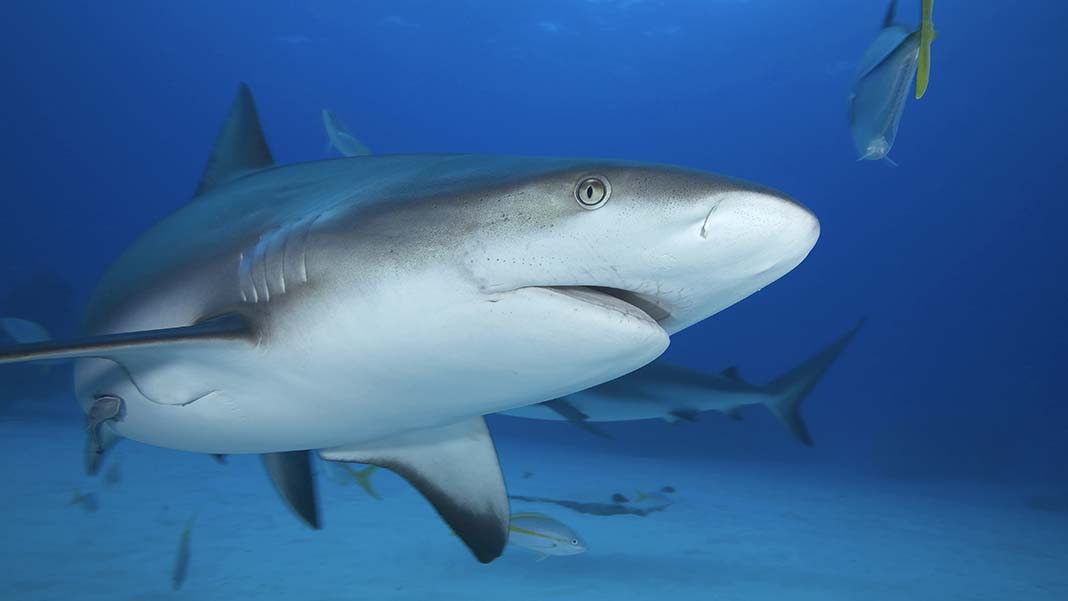 Lessons from Inside a Shark Tank

In a few days, I get the opportunity to swim with the sharks—sort of.

I will be sharing the stage with three of the stars who have helped make the TV show Shark Tank—where entrepreneur-contestants pitch their business to a panel, the sharks, who may or may not invest—such a success.

I will be giving the opening keynote, which will be about driving innovation—what ginormous and teeny enterprises alike do to defy the odds and successfully launch new products, services and business models.

I’ve worked with more than 25 percent of the Fortune 100 to help them spur innovation, and I have started six companies of my own. Therefore, my team and I have the scars and sleepless nights that come with driving change. I also have a whole lot of empathy for start-ups and maverick CEOs (I hope I am talking about you) because challenging the status quo is a tough way to make a living. In my speech, I’ll be sharing some of the most inspiring and empowering lessons I’ve learned from these ridiculously courageous leaders.

Let me give you a sneak peek of what I will have to say, and you will notice that I am going to tie it back to what the “sharks” say on the television show. There are two reasons for that. First, I am a fan. But more important, the panel frequently offers the entrepreneurs great advice. However, given the time constraints of a television show, they don’t always have the time to provide a lot of detail. I’ll be able to expand on their points in my speech.

To the venture world, a “unicorn” is a start-up whose valuation has grown to exceed $1 billion. The odds of this are obviously slim, but I can promise you that they go up considerably if you learn from the masters. With that, I submit five characteristics of successful start-ups, the perfect way to start building your unicorn.

~Shark Robert Herjavec, an entrepreneur who has built and sold several tech companies

Robert Herjavec is making a huge point with his comment. Invention is having an idea and then looking (sometimes desperately) for someone who will buy it. Innovation is finding a significant need in the market and then finding a unique and valuable way to solve it. When we work with companies to launch new products, we use a rigorous process that starts by identifying market opportunities worth hundreds of millions of dollars. Only then do we start thinking of ideas to solve them. If you want higher margins, make sure your business is based on true innovation, not clever invention. You will increase your margins, rate of growth AND the likelihood, if you are an entrepreneur, that a large enterprise will want to buy you.

A Yin For Your Yang

“You want a partner who is the exact opposite of you.”

I could not agree more, Mark Cuban. Great companies typically are led by opposites: a dreamer and a doer; a revolutionary and a renovator; an imaginer and an operator; an Idea Monkey and a (Ring)leader. Walt Disney gets the credit for imagining “The Happiest Place on Earth,” but his brother Roy made the math work and the monorail run on time.

There is a fair amount of irony in this point. Today Fortune 100 companies are failing faster and faster because they lack the inventive muscle to reimagine their business. Meanwhile, entrepreneurs need exactly what the big companies have too much of: operational excellence.

Make sure you create a balanced leadership team that allows for imagination and excellent execution.

“All the best things that happened to me happened after I was rejected. I knew the power of getting past no.”

There is no question in my mind that Shark Tank shark Barbara Corcoran is a fighter. And her quote embodies what I’ve seen from in all of my most successful entrepreneur buddies; they simply will not quit. It’s almost as if they don’t know how to quit. Randy Cohen, CEO of Ticketcity.com, likes to tell the story of how he was chased down, tackled and arrested for scalping tickets outside a football game in college. Today he’ll tell you his only mistake was running. After he hit the ground and the money in his hands went flying everywhere, he got up, brushed himself off and created a thriving ticket brokerage that now has its own bowl game. You’d think that getting arrested would be the ultimate “no.” But Randy quickly moved past it. Perhaps Barbara says it best in her second quote: “The difference between successful people and others is how long they spend time feeling sorry for themselves.”

You will often hear the word “pivot” in innovation circles. This is shorthand for the talent of knowing how and when to turn a business’s direction based on market feedback. While some are feeling bad about business results, entrepreneurs are creating a new future.

Be a Learner, Not a Knower

“You are wise when you listen, especially to people with experience.”

Know-it-alls aren’t. Learners make better entrepreneurs and partners. I like to say that intelligence is learning from your mistakes, but wisdom is learning from the mistakes of others. Intelligence is hard earned and often painful. To get it, you must lose money; you must lose face; sometimes you even lose your way. Wisdom, on the other hand, is completely different. If people are willing to share what they have learned, it comes free from the tax of personal pain, lost money or lost direction. This is one of the reasons I watch Shark Tank with my two boys. I want them to be wise.

“Learn as many mistakes and what not to do while your business or product is small. Don’t be in such a hurry to grow your brand. Make sure that you and the market can sustain any bumps that may occur down the road.”

Daymond John makes an eloquent point that would be supported by successful entrepreneurs and, of all people, kindergarten teachers.

When matched against MBA students and executives in a challenge to build towers out of straws and clay, kindergarteners consistently win. Why? Because instead of planning, arguing and strategizing like the adults in the room, the kids just start building. By jumping in, they are able to quickly iterate toward success.

In my experience, this is exactly what happens inside large enterprises. Put simply, rapid prototyping is easier for small companies than large ones. In large enterprises, too often the politics, industry challenges—real and perceived—and status quo get in the way of experimentation. Entrepreneurs who get busy selling, listening to feedback and quickly iterating their product or service have the ability to get to success much, much more quickly than large companies.

Not every company becomes a unicorn. Similarly, not every company survives attacks by the sharks who are their competition. But these five lessons will increase your chances.