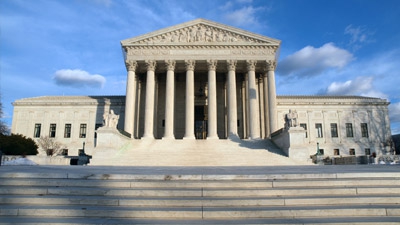 For years, employers and employees alike have been on the hook for FICA taxes on severance payments made to those who have been laid off by a company involuntarily. After some cases in lower courts questioned this requirement, the Supreme Court recently reaffirmed the longstanding IRS tax requirements on severance pay.
In an 8-0 decision, the high court determined in U.S. v. Quality Stores that lump-sum severance payments are and will remain taxable forms of income. The case was heard by the Supreme Court after the Sixth Circuit Court ruled in September 2012 that severance compensation should not fall under the category of taxable wages.
Justice Anthony Kennedy delivered the overwhelming opinion on Tuesday, March 25, indicating that there was no doubt among the justices’ opinions on the issue. Justice Elena Kagan recused herself from the case. The decision means that employees will continue to get a little less money in their severance packages when they lose a job in many cases.
Quality Stores was a large agricultural specialty retailer that laid off about 3,100 employees after going bankrupt and closing its stores in 2001 and 2002. After giving out millions in severance compensation, the company filed a claim with a bankruptcy judge, asking the IRS to refund $1 million in FICA taxes. While the Sixth Circuit Court ruled in favor of the company, the high court overturned this ruling.
“The severance payments here were made to employees terminated against their will, were varied based on job seniority and time served, and were not linked to the receipt of state unemployment benefits,” Justice Kennedy wrote in the court’s opinion. “Under FICA’s broad definition, these severance payments constitute taxable wages.”
FICA stands for Federal Insurance Contributions Act and encompasses Social Security and Medicare taxes withheld from the paychecks of many employees and paid by employers. The federal tax, which is a significant aspect of small business accounting, stands at 7.65%—6.2% for Social Security and 1.45% for Medicare.
If the high court had gone the other way in support of refunding FICA tax payments on severance pay, the IRS would have been on the hook to potentially refund $1 billion due to the more than 2,400 claims it has received. Many companies and their ex-employees were also expected to jump on the claims bandwagon had it turned out otherwise. That’s why experts view the ruling as a big win for the IRS.
One noteworthy exception to the ruling allows employers to take a unique avenue in which they can avoid paying FICA taxes on severance checks. A company may fund a trust through which ex-employees receive weekly severance payments that are part of receiving state unemployment benefits. However, most employers usually don’t use this method due to its complex and often burdensome arrangement.
This article was originally published by 1800 Accountant