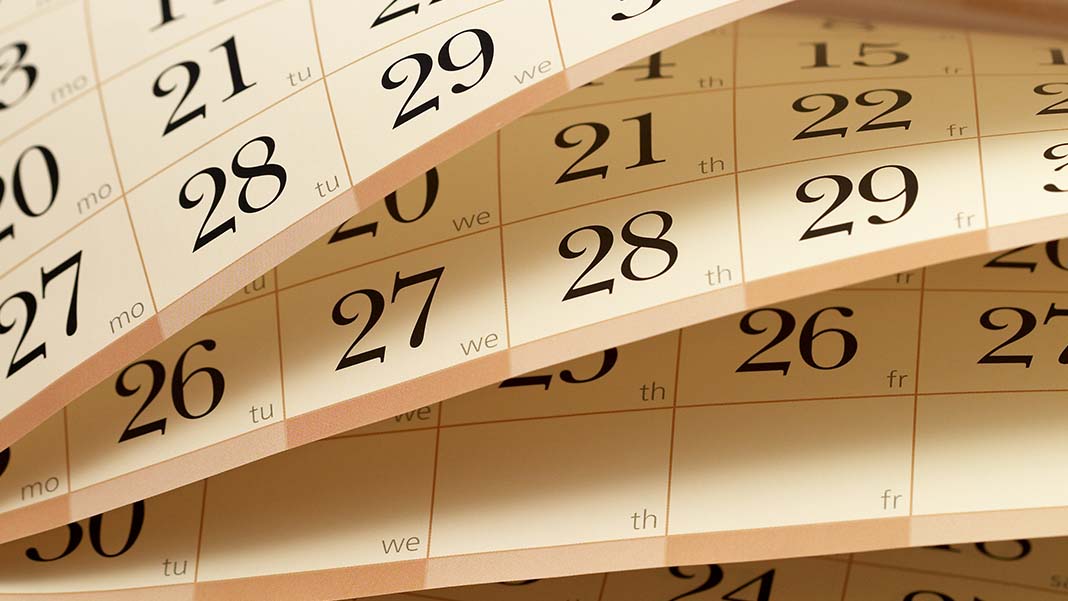 We all know April 15 has been the traditional American Tax Day for generations. Some business taxes have also commonly been due by this day. However, Congress recently announced that the IRS will change several key tax deadlines for small business owners who’ve been used to using the same tax calendars each year.

These tax deadline changes were obscurely included in the Surface Transportation and Veterans Health Care Choice Improvement Act of 2015. Here’s a brief overview of the changes, which take effect after Dec. 31, 2015:

Partnership tax deadline for 2016 and beyond

Business partnership tax returns will now be due on March 15 each year. In the past, these tax returns have been due on the personal tax deadline of April 15. This means you’ll need to get your return prepared and submitted one month earlier than prior years, so be sure you’re aware of this.

Related Article: Is Your Small Business Victim to These Tax Myths?

If you operate a partnership that is not based on a calendar year, your partnership tax return will be due by the 15th day of the third month after the close of your specific tax year.

C corporation tax deadline for 2016 and beyond

Tax returns for C corporations will now be due April 15. This date was pushed back from the previous deadline of March 15, giving C corp owners a little extra time to have their returns prepared and sent off to Uncle Sam.

For C corporations on non-calendar year schedules, your C corp tax return will now be due on the 15th day of the fourth month after a tax year comes to a close. C corps with tax years that close on June 30 will still have a tax return deadline of September 15—until the year 2025. As for tax years beginning after 2025, the deadline for C corp tax returns will be moved up to October 15, giving small business owners an additional month to file their business taxes with the IRS.

If you have an S corporation, your tax return will still be due to the IRS by March 15 as it has been in the past. If not this date, the deadline falls on the third month following the close of the company’s tax year.

It’s been common knowledge to many taxpayers that the IRS has a statute of limitations of up to 3 years to audit a taxpayer’s return. However, an exception to give Uncle Sam 6 years for auditing purposes just became a major issue for many more taxpayers.

The traditional 3-year limit has now doubled to 6 years for taxpayers who omitted over 25% of their income on their tax returns in the past.

So what’s the solution to avoid an audit? Have your tax return prepared an filed by a professional, play by all IRS rules, and don’t hide or overestimate any income or deductions.