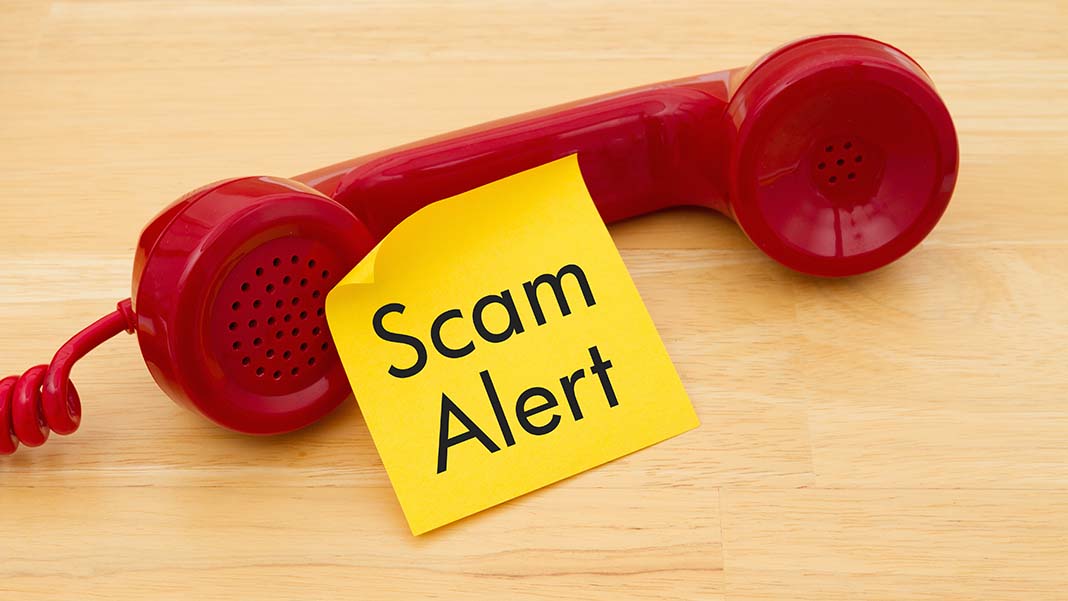 Each and every year, the Internal Revenue Service releases a list of the “dirty dozen” tax scams the agency recommends taxpayers be on the lookout for throughout the year. That’s because scammers seem to come up with innovative tactics to bilk money out of innocent taxpayers all the time. The list also includes tax moves you should avoid making to steer clear of possible penalties and other issues.

Here are the IRS dirty dozen tax scams to be aware of during the 2017 tax season and throughout the rest of the year.

It’s important to always be cautious about divulging personal information online through e-mail, websites, social media networks, and other platforms. Remember that the IRS never communicates with taxpayers via online channels regarding a bill, refund, or other matters.

So, if you get an e-mail that appears to be official, such as coming from an “@irs.gov” e-mail account, disregard it. The same goes for any messages you receive through Facebook or other sites.

For several years now, scammers have increasingly turned to calling random taxpayers by phone. A con artist typically poses as an IRS agent and may even provide what sounds like a real agent ID number. These scammers, who may appear to be calling from a Washington, D.C. area code, often threaten individuals with arrest, deportation, revocation of licenses, and other alarming claims.

Be wary of any calls along these lines that you receive. Once again, the IRS generally does not contact taxpayers by phone, so there’s a good chance it’s a shyster on the other line.

You should always be on guard for identity theft, but it’s even more imperative to proceed with caution during tax season. That’s because scammers are swarming to obtain innocent victims’ Social Security Numbers so they can file a fraudulent tax return in someone else’s name. Their ultimate goal is to obtain a tax refund.

When you put your personal information and financial data into the hands of a tax professional, you assume that this person is honest and only intends to do his or her job of preparing your return. However, there are unfortunately some unscrupulous tax preparers out there looking to steal identities and perpetrate tax refund scams.

If you let someone prepare your return, be as certain as you can that you’re working with a legitimate individual or accounting firm.

Some organizations pretend to be real charities, but they have other intentions of stealing personal identities for tax-filing purposes. Always question the legitimacy of a charity, particularly those with names that sound similar to well-known, legitimate non-profits.

Another scheme fraudsters use is to promise taxpayers that they can help an individual recoup a large tax refund. They would ask someone to sign a blank tax return and would never even look at the individual’s financial records before saying that they can receive an inflated refund amount.

Before attempting to claim any business tax credits, such as the Fuel Tax Credit, be certain that you are actually eligible for them. Taxpayers who claim credits they don’t have evidence to support can get into major hot water with the IRS. Don’t take the advice of someone who has no idea what you actually qualify for in terms of tax breaks.

Avoid any attempts to falsely inflate expenses and tax deductions on your return as a strategy to either reduce your tax bill or obtain a bigger refund that you don’t deserve. Examples include overstating business expenses or unreimbursed employee expenses for which you actually were reimbursed. Any of these maneuvers can result in problems down the road.

You should never be talked into putting something on your return that is not accurate. For example, do not adjust your taxable income to an amount that misrepresents your actual taxable income. Some taxpayers have tried doing this to qualify for credits, but it’s not worth the potential penalties at play.

Some scammers attempt to get taxpayers to put away lots of money in a tax shelter, such as a trust or undisclosed bank account. Never use abusive tax shelters to try and avoid a bill from Uncle Sam. In all likelihood, a fraudster recommending such a scheme is just looking to collect your personal information for illegal activities—or your money.

Using frivolous tax arguments is a big no-no for tax avoidance purposes. If you buy into some type of scheme being perpetrated by a shyster to make outlandish claims on your return, you could face a large financial penalty from the IRS. That’s why obeying all tax laws is so important.

There has been a recent influx of the IRS successfully stopping offshore tax avoidance schemes. This is a perfect example of why honesty is the best policy.

For those who have been caught up in offshore financial activities, the IRS invites them to participate in the Offshore Voluntary Disclosure Program. This program allows taxpayers to disclose their offshore activities and then receive guidance on how to properly fulfill their tax-filing obligations to avoid penalties.

A Word From The IRS

IRS commissioner John Koskinen weighed in on what his agency is doing to keep taxpayers safe from these ever-evolving tax scams.

“We continue to work hard to protect taxpayers from identity theft and other scams,” Koskinen said in a statement. “Taxpayers can and should stay alert to new schemes which seem to constantly evolve. We urge them to do all they can to avoid these pitfalls – whether old or new.”