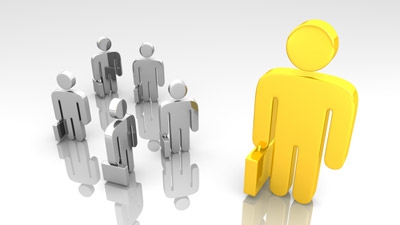 Throughout its 61-year history, the federal Small Business Administration has lended a helping hand to generations of small business owners seeking support in planning, funding, marketing, and other areas. But the SBA has raised some eyebrows due to a significant change it recently announced in terms of how it classifies what a small business actually is.
When the calendar turns to Monday, July 14, 2014, an estimated 8,500 large and medium-sized U.S. companies will suddenly fall under the small business umbrella in the eyes of the SBA. This is because the agency is modifying the business size standards that it uses to determine which enterprises qualify for the small-business lending and contracting programs offered by the federal government. This marks the first major update the SBA has made to these rules since 2008. Over the past few years, the organization has made some very minor changes to how it classifies certain firms in specific industries.
Number of Employees vs. Total Assets or Revenues
For some sectors, the Small Business Administration measures the number of employees who work for a firm. In other cases, the agency looks at either the total assets or annual revenues in a business. These forthcoming changes will impact companies in nearly 500 different industries for which total assets or total sales are used as a measuring stick.
There are several examples of how this change will affect companies in certain industries. Under the new rules, a travel agency will qualify for small business support from the SBA if the company generates annual revenues of under $20.5 million. This figure is an increase of $1.5 million from the $19-million standard. But, in turn, a software publishing firm could generate $38.5 million per year and still qualify for small business lending or contracting assistance.
In a separate recent decision, the Small Business Administration upped the threshold for which it provides support to companies employing at least 1,500 employees. This change impacted large companies in many sectors, including air travel and telecommunications.
While many might assume that the term “small business” is just that—a descriptor—its definition carries much more weight than that. In terms of getting government funding or assistance through other programs, there are qualifications a firm must meet to receive this much-needed support. That is why there are many lawmakers on Capitol Hill who are scratching their heads about these changes in standards.
Why Lawmakers Disagree with the SBA’s Changes
Several hearings have taken place involving the House Small Business Committee and the SBA. During these hearings, members of Congress have taken issue with how the agency seems to be shifting its focus from small startups and mom-and-pop shops to significantly larger corporations that many would never use the word “small” to define. Officials at the SBA argue that many firms in certain sectors are up against multibillion-dollar conglomerates as competitors. Some of these firms, the agency says, generate tens of millions in annual revenues. But compared to their billion-dollar counterparts, they’d never be able to make it without some type of government-provided support.
While these changes in standards will help a larger pool of businesses, there is still a lack of clarity in terms of who is eligible to receive assistance from the SBA and other government agencies. Until these rules are clarified, and there are more appropriate standards put in place, there will continue to be some uncertainty in the small business environment.
This article was originally published by 1800 Accountant