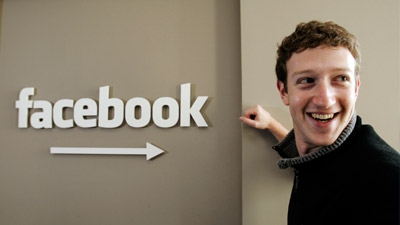 Can you imagine earning a paycheck of just $1 each year while living a comfortable lifestyle? Facebook CEO Mark Zuckerberg and head honchos at other giant corporations around the world can. And they are taking just a buck per year for good reason—to help their efforts in reducing taxes.
According to publicly released financial records, Zuckerberg claimed just a $1 formal salary in 2013. However, the highly successful social media company he runs did pay for travel—and guests he brought along—plus his personal security expenses from last year. This added up to $653,165.
Why Zuckerberg Took A $1 Salary
The primary reason for lowering his formal compensation from the company to a single bill with George Washington’s face on it was to try and reduce his IRS taxes. He knew that the large number of stocks he owns in the company would be heavily taxed, so he figured making such a small salary would practically eliminate income taxes on this compensation.
Another reason to make this salary adjustment is for symbolic reasons. With the frequently debated subject of CEOs making way too much money, only bringing in a buck every 12 months demonstrates that these company owners are both confident in their businesses and recognize the importance of their employees.
The IRS often classifies stock options under the category of “ordinary income”—just like income from a traditional W-2 employer paycheck—if these stocks are held for less than a year. So the IRS will put Zuckerberg in the highest federal tax bracket of 39.6%. His tax liability is estimated to be $2.3 billion. Therefore, Zuckerberg plans to take care of his tax bill by selling off 41.4 million of Facebook shares valued at $2.3 billion, while also making a large charitable contribution deduction.
Zuckerberg is worth an estimated $27.8 billion, most of which is tied to Facebook stocks. Other top executives in this net-worth range who have gotten in on the $1 salary fray include Google’s Larry Page, Hewlett-Packard’s Meg Whitman, and the late former head of Apple, Steve Jobs. They have used this potentially tax-reducing strategy immediately after their companies’ stock started to soar, projecting that they will have a bevy of solid stock options to support a financial cushion for the future.
Small business owners don’t quite make as much money as their large CEO counterparts like Zuckerberg. But there are lots of questions about how much such business operators should pay themselves in the form of a salary. It is certainly worth exploring the various legal steps one can take toward reducing IRSA taxes and keeping as much money as possible.
1800Accountant can assist in setting a fair and reasonable salary for yourself to maximize your income and stay IRS compliant at the same time. To learn more about putting your small business accounting on the right track, call 1-888-749-0117
This article was originally published by 1800 Accountant