Home / Finance / Tax and Accounting / Do You Owe the IRS Estimated Taxes Next Week? 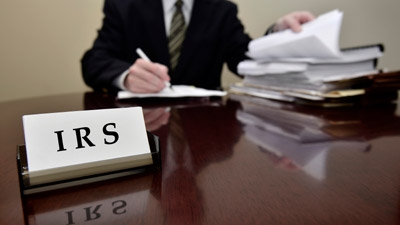 Do You Owe the IRS Estimated Taxes Next Week?

Even though summer is here, that doesn’t mean you can take a vacation from handling your IRS tax obligations. There is an important tax deadline coming up next week for small business owners and self-employed professionals. Are you ready for it?
What Exactly are Estimated Taxes?
In general, independent contractors, self-employed workers, and small business owners operating formal LLCs and corporations are required to make estimated tax payments on a quarterly basis throughout each year. June 15th is one of these four deadlines, but since it falls on a Sunday this year, it has been extended to Monday, June 16th. The other deadlines for estimated taxes are January 15th, April 15th, and September 15th. This upcoming June deadline is for taxes owed on income earned during the second quarter of 2014.
Who Has To Pay Estimated Taxes?
The meaning behind estimated taxes revolves around the first word in this business accounting term – “estimated.” Estimated taxes are levied on those who don’t have taxes withheld from their various types of income, unlike W-2 employees whose employers generally withhold these taxes from their paychecks through payroll processing. Because of this, these tax payments made to the IRS are more of an estimation of what a taxpayer would owe instead of an exact amount. The broad group of taxpayers who are on the hook for paying estimated taxes includes those who earn income outside of wages or salaries. This can include Schedule C self-employment income, capital gains, interest, and dividends. Use Form 1040-ES to file your estimated taxes.
Why The June Deadline Can Sneak Up On You
There is a bit more time in between the other deadlines for estimated taxes to be paid to the IRS. However, the June 15th due date is a bit different. You may have just made an estimated tax payment back on April 15th when filing your personal return during the 2014 tax season. But this deadline only comes two months later, unlike the 3-month gap between January and April and the 4-month gap between September and January. This is why it’s important to pay extra attention to the June deadline so that you don’t miss it and wind up paying more to Uncle Sam later on.
Higher Taxes In 2014
Just like in January, this upcoming deadline could take a bigger bite out of taxpayers’ budgets than in the past, especially for higher income earners. This is because of some notable tax hikes and other changes that took effect last year. There is now the top income tax bracket of 39.6%. The top capital gains and dividends tax rate of 20% is also up from the old 15% rate. Plus, there’s an additional 3.8% health care law tax on net investment income, a 0.9% Medicare tax on wages, and the return of phase-outs of certain personal exemptions and itemized deductions.
If you owe estimated taxes, you should get these payments to the IRS on time. If not, you may have to pay a larger amount when the next tax deadline comes up. You could also face late-payment penalties, which simply increase how much money you put back in Uncle Sam’s pocket. The good news, though, is that there are a few options on making these quarterly payments all at once every year. This cuts down on paperwork and can help free up some of your ongoing IRS obligations a bit. Just make sure to work with your accountant so that you pay any business-related taxes you owe every year.
This article was originally published by 1800 Accountant