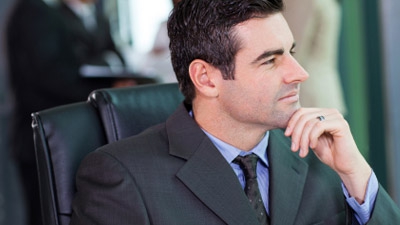 Focus on the Process

You might think that the most successful people talk a lot—and especially to their team—about success, however it’s measured in that walk of life. But you would be mistaken.

Nick Saban is the greatest college football coach of his generation, and before he finishes he might end up the greatest ever. He’s won 3 of the last 4 national championships, and 4 overall. It’s an incredible run of success that matches up with anything that anyone has ever done in the sport.
So with that record, you might think that he talks to his team every day about winning. But that’s not the case. Nick Saban never talks to his team about winning. Instead, he talks with them about “the process.” He spends his time talking about all the things that you have to do day-in, day-out to be successful. For his Alabama football team, that means things like showing up to team meetings on time, learning the playbook, and reaching your best physical condition. Work ethic, attitude, and practice are the order of the day, not, “Win!”
It works because the process leads to winning. Nick Saban doesn’t focus on the results, but rather on the steps that you have to take that will give you the best chance of achieving your desired results. Following those steps requires individuals buying into the process and preparing themselves, then pursuing the activities that give the best chance to perform at the highest level. It’s a high standard of discipline, and if you can’t meet that standard, then you can’t be on the team.
If the team follows the process, then wins will come. But if you just tell your team they have to win, without following the process and getting your players prepared and disciplined, then they won’t be able to do it.
A process of excellence works in business, too. While wins are the measurement in sports, money plays that role in business. A lot of people worry a lot about how much money they’re going to make, and how rich this business is going to make them. But that’s the wrong focus, and it will lead you to compromise your principles. Instead, focus on the process. That means focusing on others—on the customer, your partner, the employee. Make sure you have products, services, and a customer experience that people really want. If you have that, then sales and money will come. Be relevant and solve problems for other people, and spend time with customers and workers in the field to see what people really need.
That’s the process of excellence you need to have a strong foundation.