Joel Bissitt has been an entrepreneur since the age of 19. Now 29 years on he has experience in many different industries including retail, catering, health & fitness, technology and sport. Joel has been a Franchisor twice & owns Infinity Business Growth Network Limited, a franchise consultancy business, which also owns several other leading franchise portals including Franchise UK, the UK's largest franchise directory. Franchise UK was established in 2004 & generated over 18,000 franchise recruitment leads in 2018. 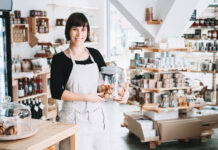 A franchise business is one in which the owner (franchisor) sells to a third party (franchisee) the name, logo or the rights of the business so that a replica of his/her establishment is set up. The franchisee sets up the place in a similar manner to the franchisor’s establishments. This includes wearing the same uniforms […]