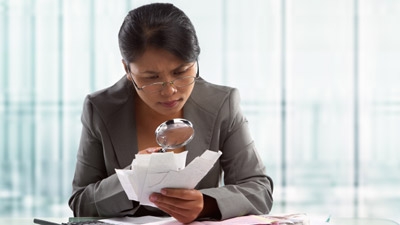 Last December, the Second District Court of Appeal for California ruled in Cutler v. Franchise Tax Board that a California business incentive program violated the United States Constitution’s Commerce Clause. The program was enacted twenty years ago to allow investors selling stock in a qualified small business to be taxed at half of the state’s capital gains rate or to roll the proceeds into a new qualified small business within sixty days of the sale.
In order to qualify for the tax break, 80% of the business’s payroll at the time the stock was purchased must have been within California and 80% of assets and payroll must have been within California during the taxpayer’s holding period. This tax incentive was designed to encourage the establishment of small businesses in California. The Court found California’s tax incentive unconstitutional saying it discriminated against out of state businesses.
In response to the Court’s ruling, the Franchise Tax Board issued FTB Notice 2012-3, which states that similarly situated taxpayers should all be treated alike and therefore, the deferral provision is invalid for taxable years beginning on or after January 1, 2008 (within the four-year statute of limitations). Procedurally, the Notice states that accepted returns and returns that are currently in audit, protest, claim for refunds, or pending appeals will have the above-mentioned remedy applied by FTB staff. Furthermore, taxpayers may proactively self-assess any additional tax and remit the amounts to the FTB.
Not surprisingly, small business investors descended upon the California legislature to avoid having to pay nearly $120 million of taxes they never expected to owe. In May, the California Senate passed 34-3 a bill reducing the allowable exemption for past tax years from 50% to 38%, and eliminating the tax break entirely for future years. This month the Assembly moved the bill out of the Assembly Appropriations Committee and a vote of the full Assembly could come any day. Passage by the Assembly would send the bill back to the Senate for concurrence on technical amendments. From there it goes to Governor Brown’s desk to be signed by October 15. If the governor signs the bill, small business investors will still owe $30 million in taxes, but if he doesn’t sign the bill, then such taxpayers will receive no tax relief at all.
In accordance with Circular 230 Disclosure
This article was originally published by TaxConnections
Betty Williams has a broad range of experience handling civil and criminal tax controversy matters including income tax, employment tax, sales and use tax, property tax and IRS, FTB, and SBE audits, protests, and appeals. She has represented clients before the U.S. Tax Court and the U.S. District Courts in California. Betty has obtained penalty abatement for numerous clients ranging from a few thousand to more than $2 million in late filing and late payment penalties. She has assisted numerous clients in the United States and abroad in the 2009, 2011 and 2012 IRS and FTB voluntary disclosure initiatives. She also represents foreign financial institutions regarding Foreign Account Tax Compliance Act (FATCA) compliance. She has experience defending criminal tax matters and negotiating plea agreements in areas such as structuring, tax evasion, and the failure to file a tax return.