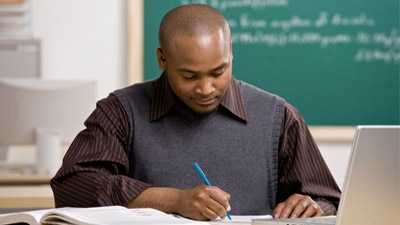 Small business opportunities abound in the poorest and most needy areas as well as the most affluent. Everyone knows that old saying that tells us necessity is the mother of invention.
In fact, adversity may sometimes provide the most fertile ground for successful small businesses as has been seen in New Orleans in the years since Hurricane Katrina devastated the city.
Kickboard is an example of one successful New Orleans startup that provides a service to one of the city’s most needy sectors, education, while melding the interests of its CEO in software and improving schools.
A Connecticut native and graduate of Columbia University in computer science, Jen Medbery arrived in the Southeast by way of the Teach for America program.
After a stint in Mississippi, Medbery landed at New Orleans charter school Sci America where she noticed a significant gap between the quantitative demands of teaching and the tools available.
Individual teachers tracked student performance and other factors using a variety of tools such as Excel and Google docs, but no standard way of sharing, storing or analyzing information existed.
Like all the best entrepreneurs, Medbery saw a need and drew on her background in both education and computers to develop a solution. Drop the Chalk began development in 2009 and was later renamed Kickboard.
Available in a free version to teachers on mobile devices or web-connected computers, Kickboard is a kind of amped-up gradebook for the 21st century that allows teachers the level of sophisticated analysis demanded for student success in today’s schools.
Kickboard’s funding came from several sources including $2 million from venture capital firms and angel investors and additional support from The Idea Village, a New Orleans-based organization that funds entrepreneurship. The app has spread rapidly throughout over 150 schools in the Southeast and along the East Coast.
What lessons can entrepreneurs learn from that success?
First, Medbery developed a product for a population she was a part of and thus understood: public school teachers. Medbery combined that with her other field of expertise, computers, but her teaching experience meant that she also understood how to design software that would be accessible and useful for her teaching colleagues.
Next, Medbery’s product fulfilled a need. Kickboard was not an app that needed a marketing campaign to convince users they couldn’t live with it; it was a response to an existing but barely articulated need for a comprehensive system for tracking educational progress in a complex system of standardized testing, diagnostics, teachers’ quizzes and more.
Moreover, it fulfilled a need within the New Orleans community and the wider education community. The reduction of educational bureaucracy post-Katrina meant an opportunity for Medbery to work more directly with schools than she would have been able to prior to the hurricane.
Kickboard promises practical improvement to struggling teachers and an educational system, and it delivers on that promise. Kickboard doesn’t just save time for overworked teachers; it makes them more effective.
Medbery has done a number of other things right as well. She talks to the press about what Kickboard has done and can do, and she still regularly visits schools to find out what is working.
Currently, Kickboard is growing and thriving, and its office in downtown New Orleans places it in a city many believe to be at the center of a new educational and technological or “ed-tech” wave.
Both the city of New Orleans itself and the United States public school system would appear to be depressed and difficult areas for startups. But the talented entrepreneur sees opportunity in challenge, and Kickboard is proof that in such situations, great ideas can thrive.