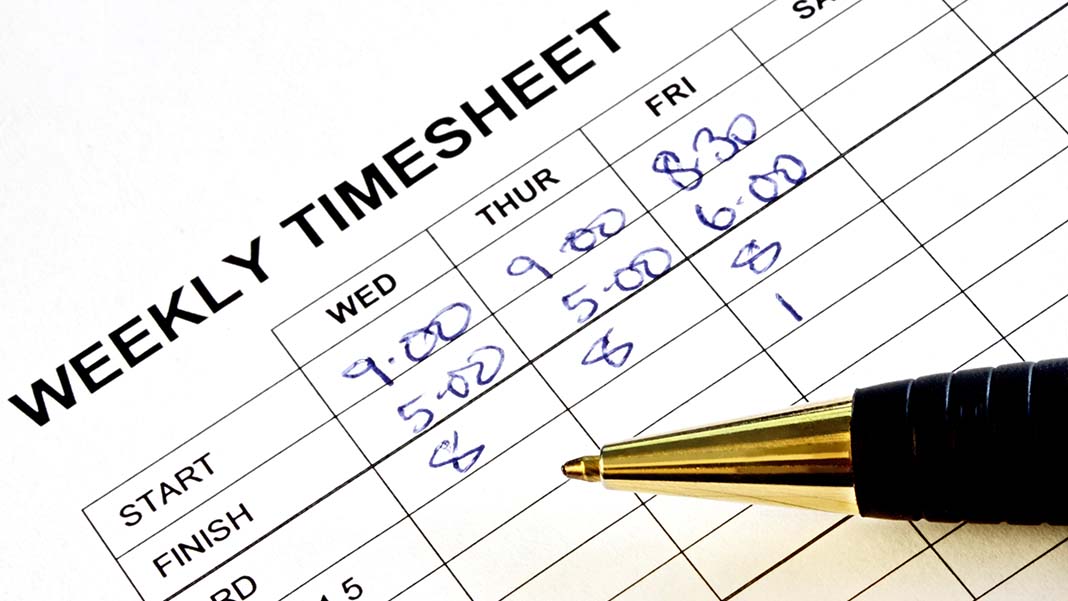 How to Stop Time Theft from Overwhelming Your Small Business

Even if you’ve never heard the term “time theft,” you’d know it if you saw it. But if you’re a small business owner with employees, chances are good you’ve experienced it firsthand.

You might be thinking, “I have employees. I’ve never caught anyone ‘stealing time.’” But that’s what makes time theft so tricky. It’s common, and when you know what you’re looking for, it’s easy to spot. But until you know the warning signs, you won’t know how to prevent time theft from happening.

What is time theft, and what damage can it do?

Time theft is the act of recording unworked time as paid time. It happens when an employee adds minutes or hours to their timesheet, so they’re paid for time when they weren’t working. While time theft can happen by accident, the truth is employees often pad their timesheets on purpose.

49% of employees admitted to committing time theft in a 2017 time-tracking survey. The survey also found nearly 1 out of 2 people had committed time theft knowingly. 46% said they’d added between 15 and 60 minutes to their timesheets.

The affect employee time theft can have on a business varies. A few minutes here and there might feel insignificant. But think about it this way: If you have 10 employees, five of them may be committing time theft. If those five employees all pad their timesheets by 15 minutes per week, you’ll lose $3,900 in a year. That’s nearly $4,000 you could be putting back into the business or using to reward high-performing employees.

What are the signs of employee time theft?

Here are some of the clues an employee may be padding their timesheets:

1. Time entries all use round numbers.

Unless your time tracking system rounds time entries, your employee’s time card should have some outliers. A clock-in time of 8:05, for instance, or a clock-out time of 4:52. Few people always arrive on the hour and leave on the hour. If an employee is tracking eight hours per day consistently, on the nose, they may be entering time manually and rounding as they go.

You’re looking at the week’s payroll, thinking, “I don’t remember seeing that person in the office.” And yet, their time card says they punched in, and maybe punched out, too. Your memory might be wrong, or maybe you’ve got a case of what’s called buddy punching. Buddy punching occurs when a person clocks in someone else. They might do it so a friend looks like they made it into the office on time when really they were late. Or they may do it for someone who wasn’t at work at all.

That said, there are a couple of things that look like time theft but aren’t. And from a legal perspective, you’ll want to know the difference.

How do you prevent time theft?

Time theft is damaging, but like most forms of theft in small businesses, it’s also preventable. And the same tools that protect employers from time theft may also be able to protect employees from wage theft. That means you and your employees can feel good about your systems and tools, provided everyone’s clear on the benefits.

Automated time tracking tools can help boost trust between employers and employees by providing an undeniable level of transparency. Rather than trusting what’s on paper, workers record time digitally. Some time-tracking options even remind employees to clock in when they arrive at the office or job site or discourage buddy punching with facial recognition software.

The right time tracking systems keep everyone on the same page from the beginning, so there’s room for trust in the relationship. And, compared to losing thousands of dollars by time theft and resenting employees because of it, that’s a pretty big win.

Author: Danielle Higley is a copywriter for QuickBooks Time Tracking, a time tracking and scheduling solution. She’s been a contributor to MSN.com, FiveThirtyEight, and a variety of HR and business blogs where she can put her affinity for long-form storytelling to best use.

QuickBooks Time Tracking is a web based employee time tracking and scheduling software, developed in 2006 out of Boise, Idaho. Used by thousands of companies and their 500,000+ employees around the world, QuickBooks Time Tracking provides an easy to use and interactive employee interface, intuitive mobile apps, and saves administrators hours in processing payroll. Together, QuickBooks and Intuit provide smarter business solutions to the world’s hardest workers.